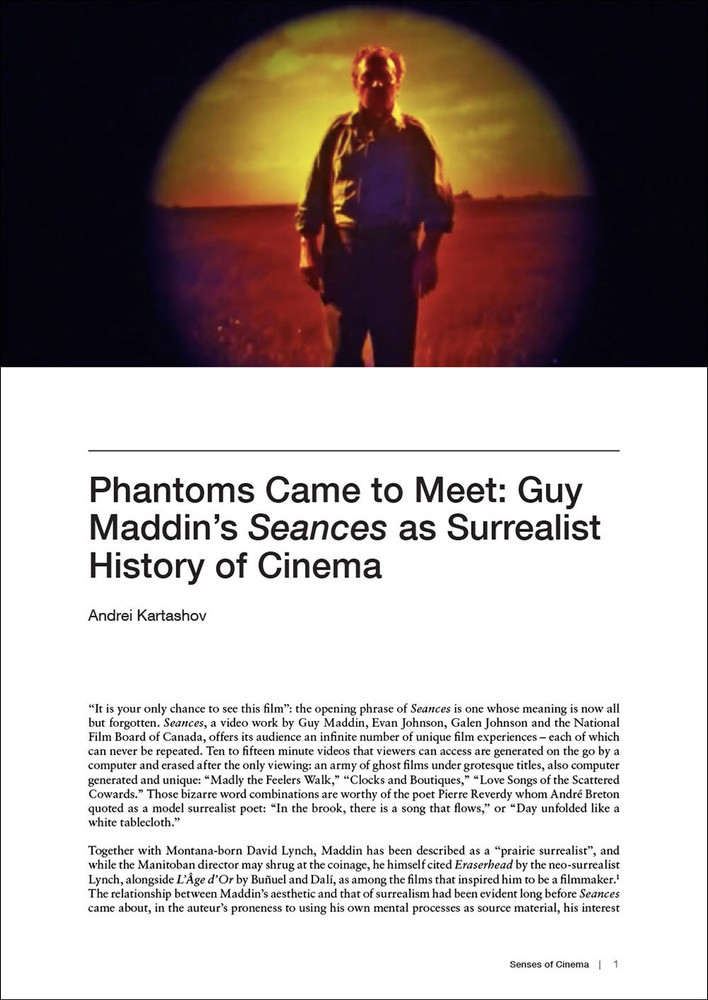 'It is your only chance to see this film': the opening phrase of Seances is one whose meaning is now all but forgotten. Seances, a video work by Guy Maddin, Evan Johnson, Galen Johnson and the National Film Board of Canada, offers its audience an infinite number of unique film experiences – each of which can never be repeated. Ten to fifteen minute videos that viewers can access are generated on the go by a computer and erased after the only viewing: an army of ghost films under grotesque titles, also computer generated and unique: 'Madly the Feelers Walk,' 'Clocks and Boutiques,' 'Love Songs of the Scattered Cowards.' Those bizarre word combinations are worthy of the poet Pierre Reverdy whom André Breton quoted as a model surrealist poet: 'In the brook, there is a song that flows,' or 'Day unfolded like a white tablecloth.'

The Simpsons and Surrealist Art

Death of Cinema: History, Cultural Memory and the Digital Dark Age, The