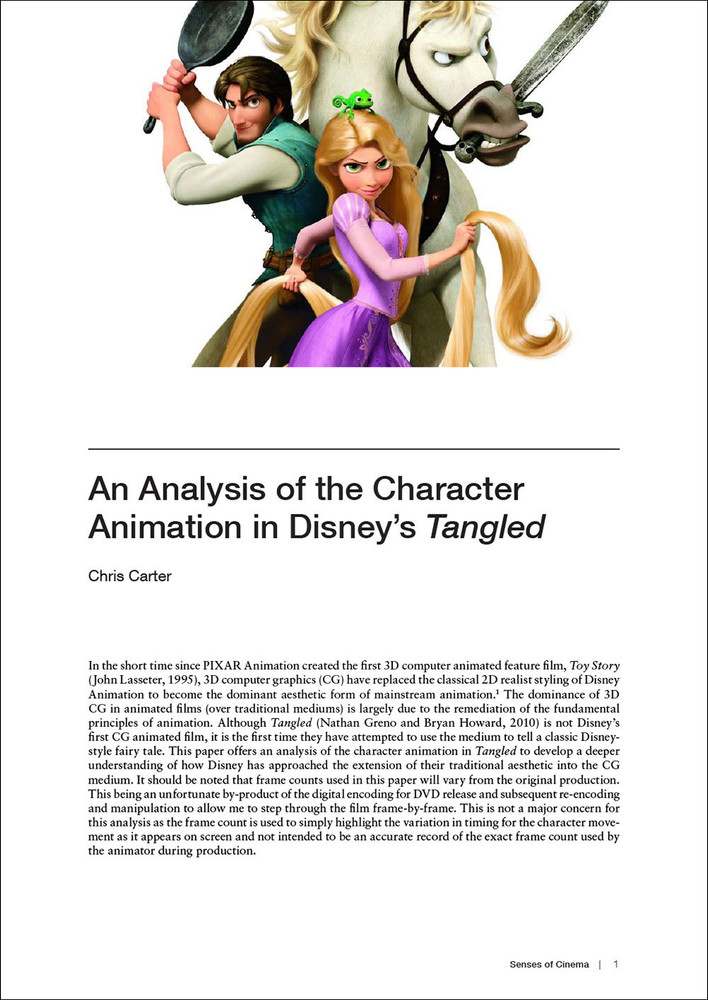 An Analysis of the Character Animation in Disney's 'Tangled'

In the short time since PIXAR Animation created the first 3D computer animated feature film, Toy Story (John Lasseter, 1995), 3D computer graphics (CG) have replaced the classical 2D realist styling of Disney Animation to become the dominant aesthetic form of mainstream animation. The dominance of 3D CG in animated films (over traditional mediums) is largely due to the remediation of the fundamental principles of animation. Although Tangled (Nathan Greno and Bryan Howard, 2010) is not Disney's first CG animated film, it is the first time they have attempted to use the medium to tell a classic Disney-style fairy tale. This paper offers an analysis of the character animation in Tangled to develop a deeper understanding of how Disney has approached the extension of their traditional aesthetic into the CG medium.

About Senses of Cinema

Sketching for Animation: Developing Ideas, Characters and Layouts in Your Sketchbook

Sisters Doin' It for Themselves: Frozen and the Evolution of the Disney Heroine