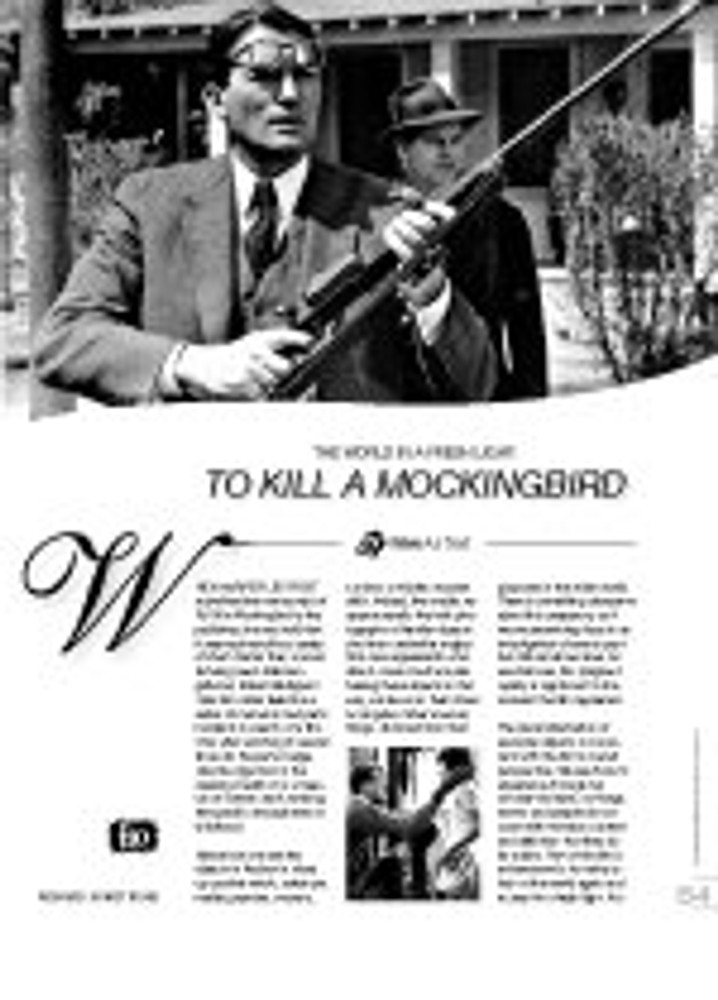 The World in a Fresh Light: 'To Kill a Mockingbird' (Film as Text)

Armstrong argues that To Kill a Mockingbird is concerned with the convergence of race and masculinity, both categories placed in relief through the eyes of 'Scout', the young female protagonist of the film. Armstrong draws attention to the way the film is made, how the perspective of a little girl is created through the use of the camera and the intricate detailing of objects. The article also highlights some of the themes that the film is attempting to deal with, such as economic, racial, cultural and gender difference, and asks, how do we view the 1962 representation of such things through the lens of the twenty-first century?

To Kill a Mockingbird (Text Guide)

Abused by the Motherland: The Politics of 'Breaker' Morant (Film as Text)