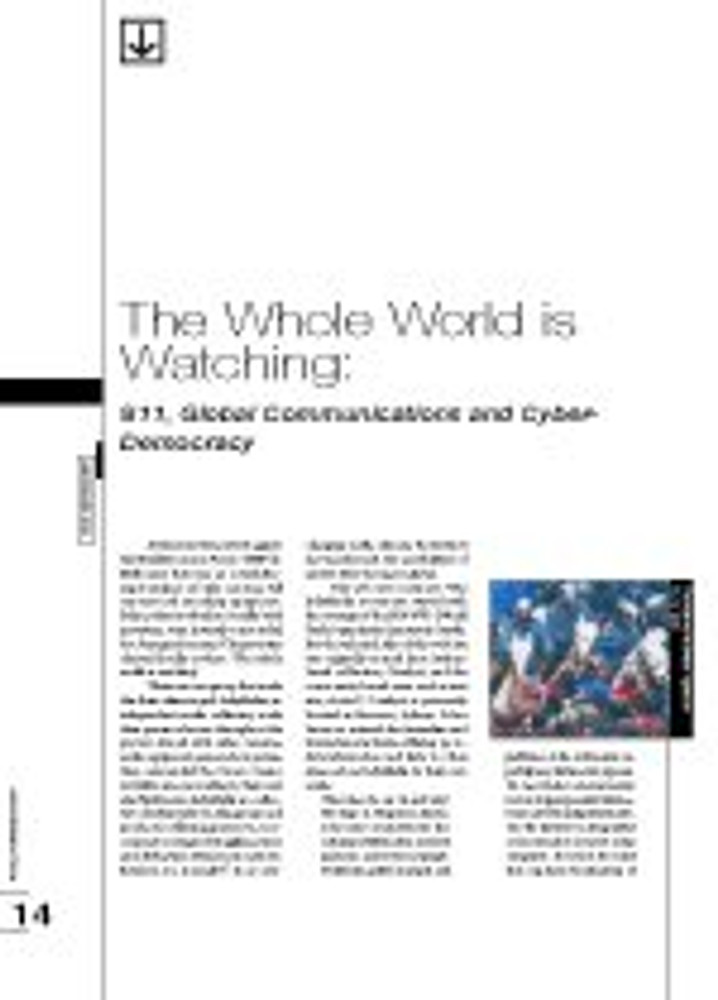 The Whole World is Watching: S11, Global Communications and Cyber-Democracy

Current Stock:
SKU: 00341-ASE25
Warranty: Y
An exploration of the role of the Internet in global protests, focussing on the group Indymedia, an independent media collective with sites in 25 locations around the world. 'As Indymedia expands its global reach, the activists of the world are becoming more of an interconnected community, a community that can now communicate in ways that were previously unimaginable.'

Global Haywire: A Documentary on the State of the World

Hamburger Diplomacy and the 'New World Information and Communication Order'