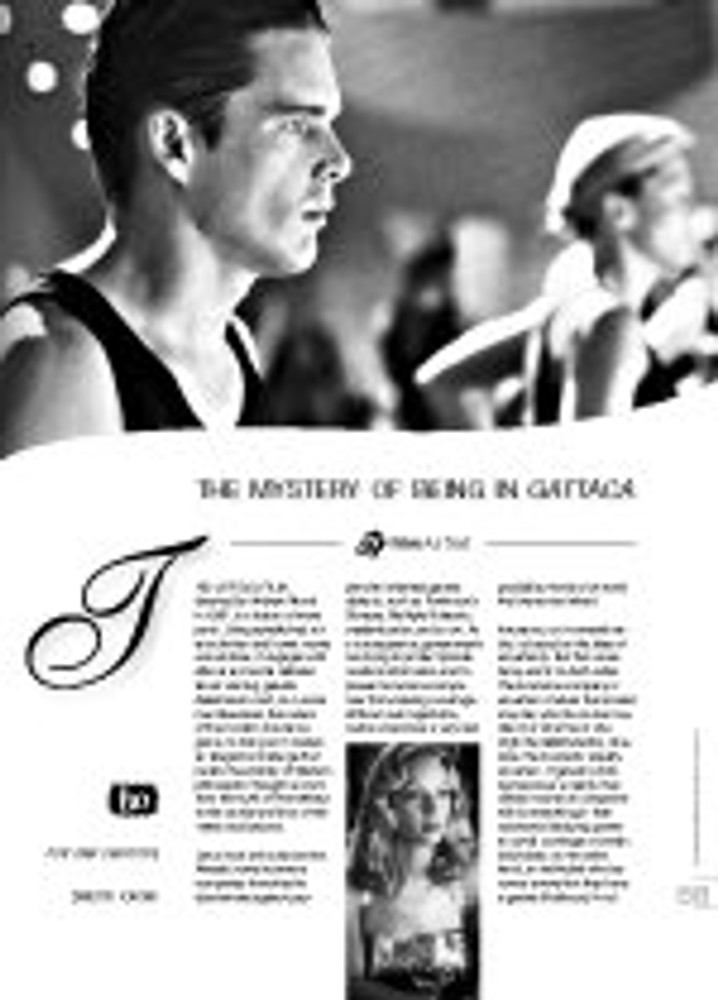 The Mystery of Being in Gattaca (Film as Text)

Dmetri Kakmi argues that Gattaca (Andrew Niccol, 1997) borrows heavily from both the science fiction and horror film genres, whilst also engaging with ethical and moral debates about cloning, genetic determinism and, on a more mundane level, the nature of the modern insurance game. In doing so it creates an allegorical mélange that recalls the entirety of Western philosophic thought and art, from the myth of Prometheus to the cautionary films of the 1950s and beyond.

Reinforcing the Stigma: The Representation of Disability in 'Gattaca' (Film As Text)

Importance of Being Earnest, The (Text Guide)