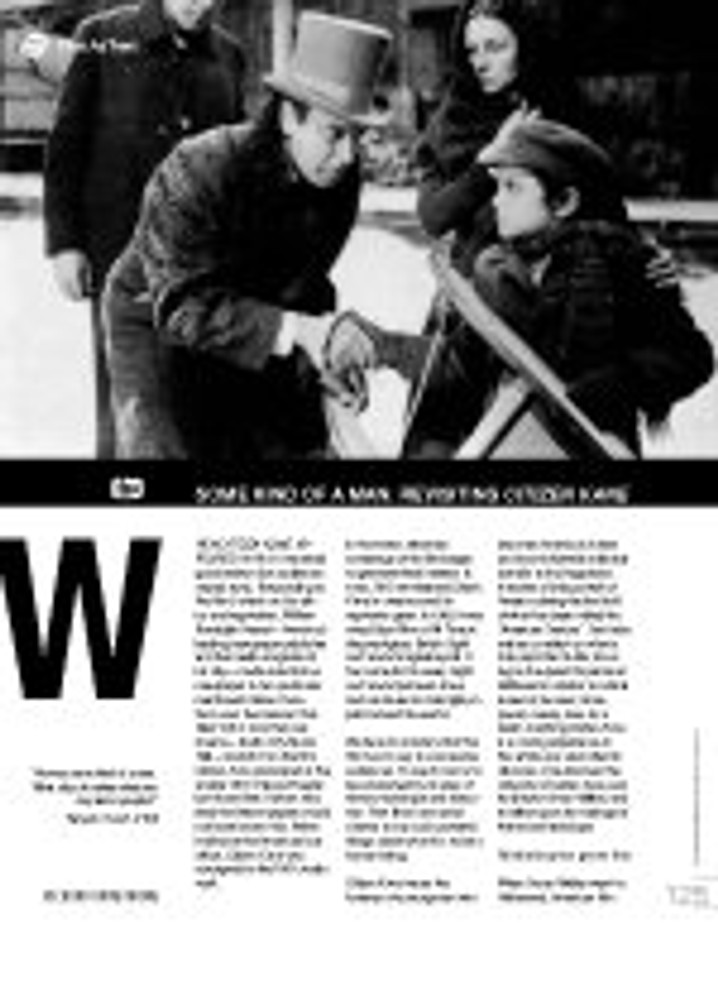 Richard Armstrong discusses what 'Citizen Kane' might mean to successive audiences since its release in 1941, with its interplay of theme, technique and execution. In this article he suggests a rethinking of the genre film and looks at many issues including 'The American Century', the story , the world of 'Citizen Kane', the film's script and its look.