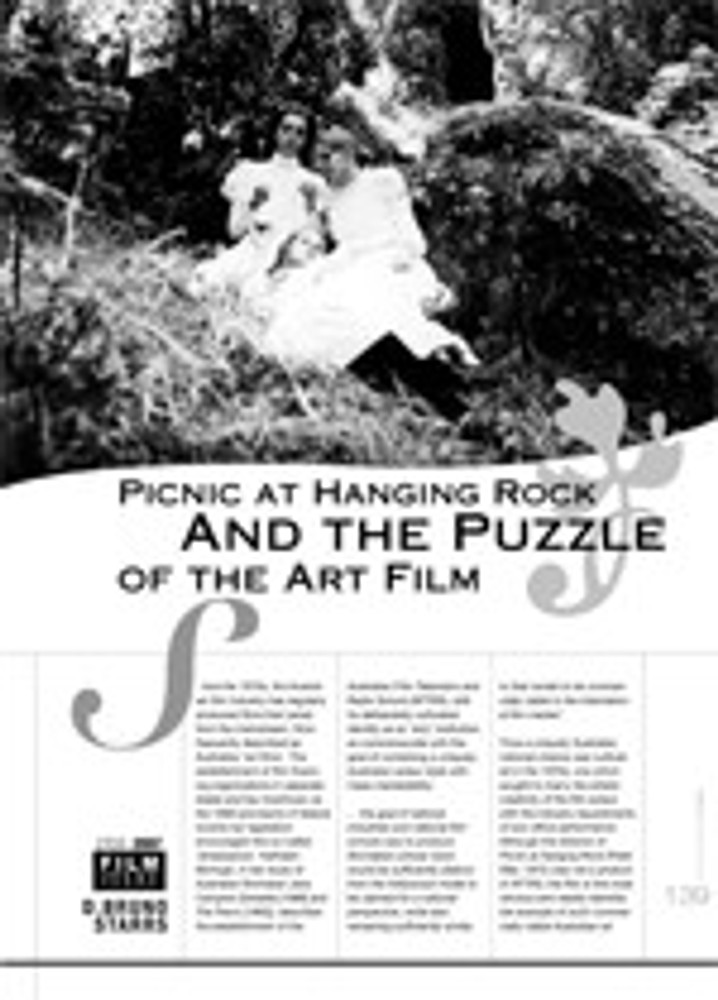 Picnic at Hanging Rock and the Puzzle of the Art Film

D. Bruno Starrs' Film as Text on Peter Weir's 1975 film Picnic at Hanging Rock. The article looks at the film in terms of it being a commercially viable art film that exemplifies the pursuit of a national cinema in the 1970s. It also explores the notion of ambiguity in art films and the theme of restrained sexuality in this particular film.

The Long Shadow of Hanging Rock

'Good Taste at Hanging Rock?': Historical Nostalgia in the Films of the Australian Revival