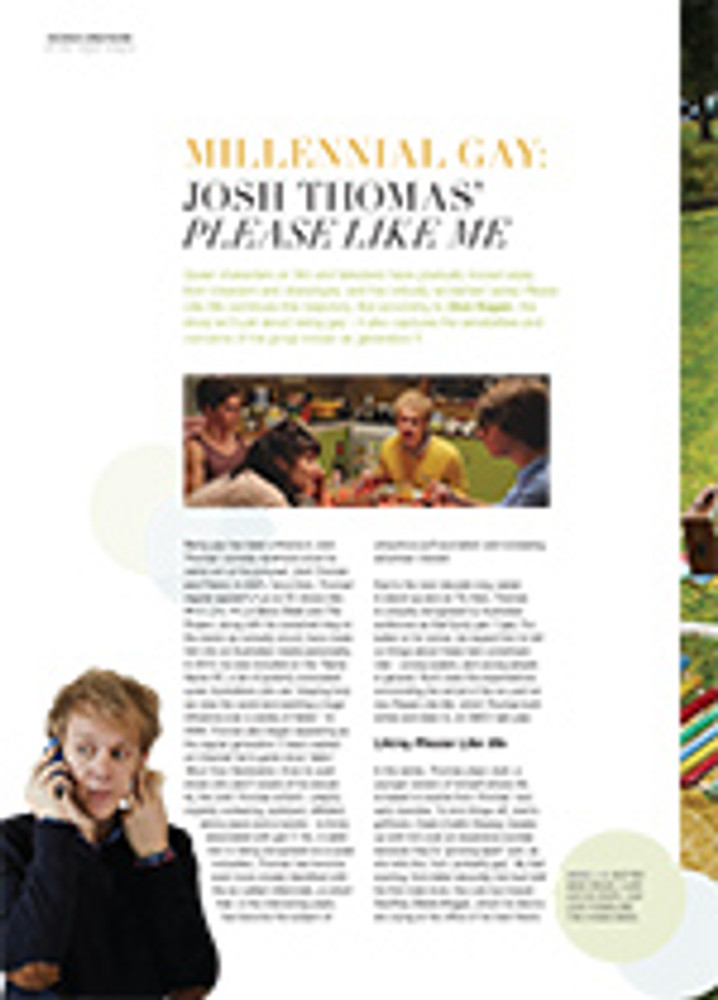 Queer characters on film and television have gradually moved away from tokenism and stereotype, and the critically acclaimed series Please Like Me continues that trajectory. But according to Dion Kagan, the show isn't just about being gay – it also captures the sensibilities and concerns of the group known as generation Y.

School as the Real Star: Harry Potter and the Half-blood Millennials

Will You Please Be Quiet, Please?