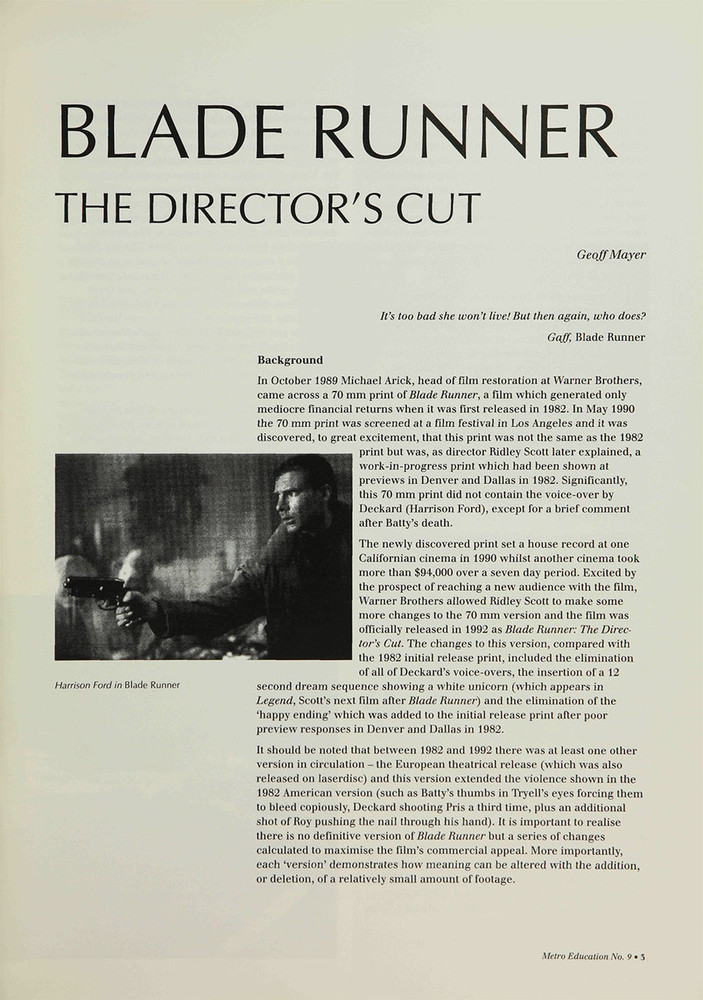 In October 1989, Michael Arick, head of film restoration at Warner Brothers, came across a 70 mm print of Blade Runner, a film that generated only mediocre financial returns when it was first released in 1982. In May 1990, the 70 mm print screened at a film festival in Los Angeles and it was discovered, to great excitement, that this print was not the same as the 1982 print but was, as director Ridley Scott later explained, a work-in-progress print that had been shown at previews in Denver and Dallas in 1982. Significantly, this 70 mm print did not contain the voiceover by Rick Deckard (Harrison Ford), except for a brief comment after Batty's death.