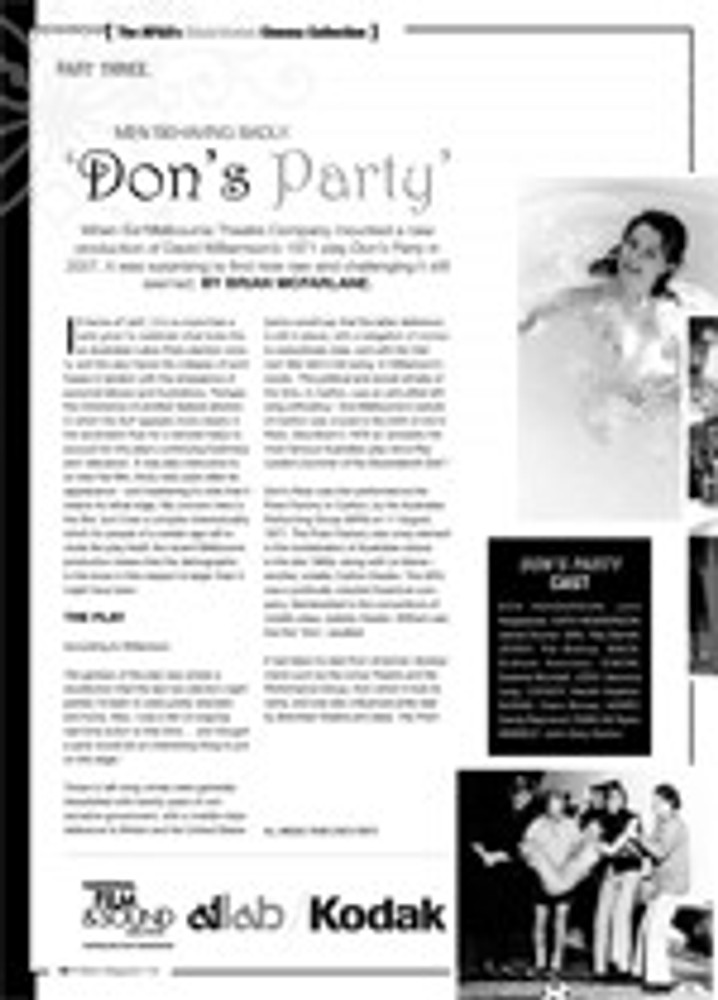 In this NFSA Atlab/Kodak Cinema Collection article, Brian McFarlane looks back at Bruce Beresford's Don's Party (1976), a film that encapsulates significant ideas about Australianness, and particularly about Australian maleness. The article also looks at the film's context – the October 1969 election – and how a major starting point for it was the growing dissatisfaction among middle-class voters with twenty years of Liberal dominance.