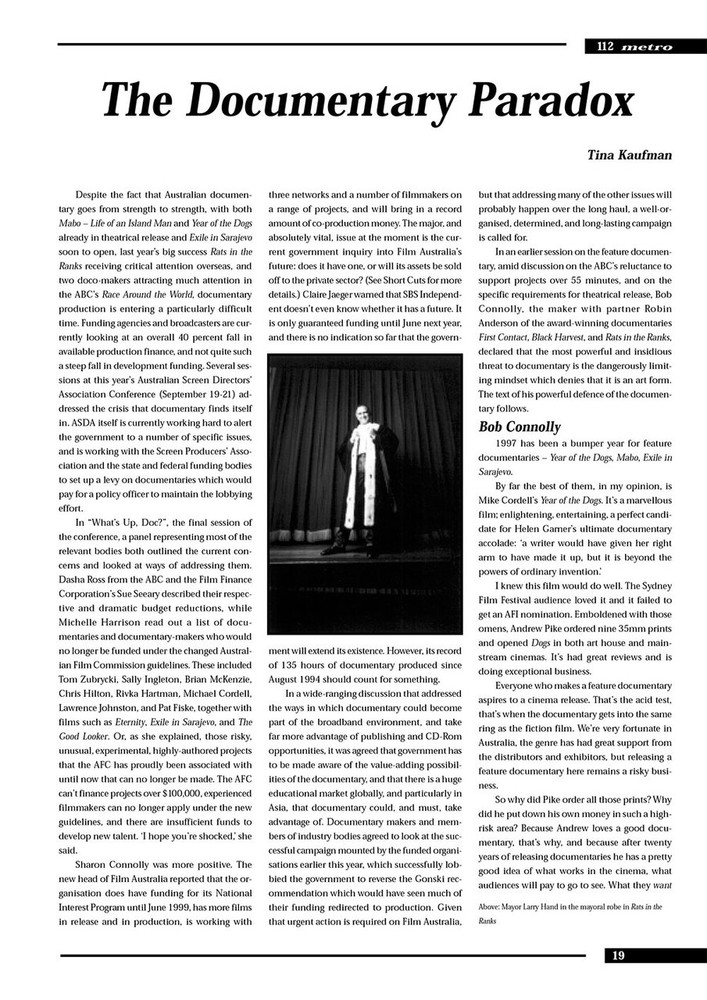 Despite the fact that Australian documentary goes from strength to strength, with both Mabo: Life of an Island Man and Year of the Dogs already in theatrical release and Exile in Sarajevo soon to open, last year's big success Rats in the Ranks receiving critical attention overseas, and two doco-makers attracting much attention in the ABC's Race Around the World, documentary production is entering a particularly difficult time.

Homing in on the Hypertextual Documentary

Documentary and Technology: A Committed Relationship?