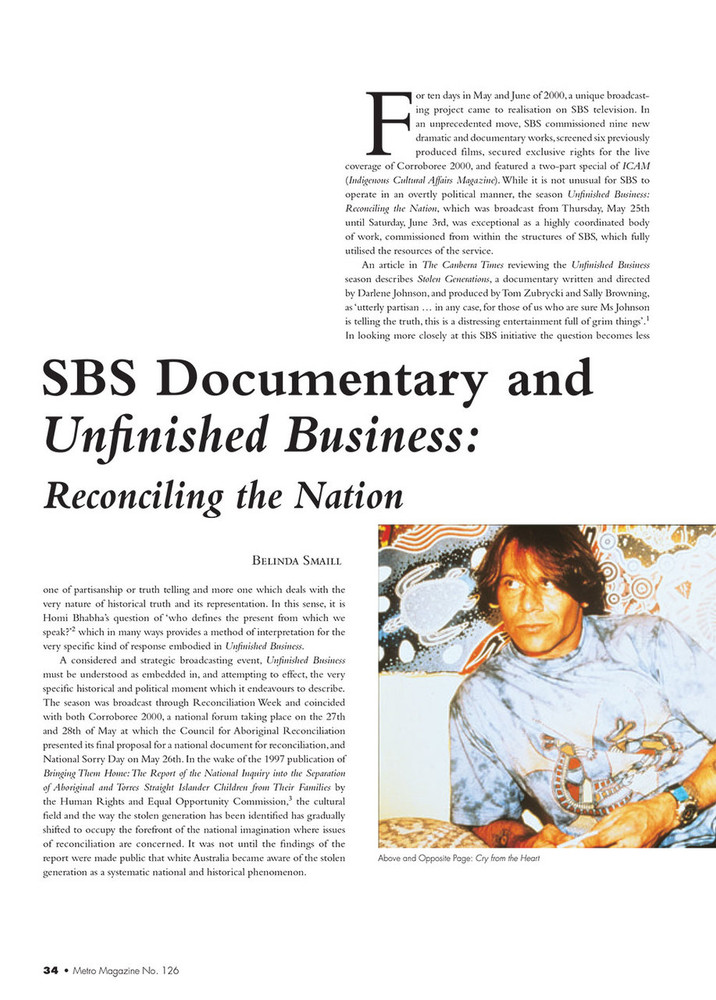 For ten days in May and Jone of 2000, a unique broadcasting project came to realisation on SBS television. In an unprecedented move, SBS commissioned nine new dramatic and documentary works, screened six previously produced films, secured exclusive rights for the live coverage of Corroboree 2000, and featured a two-part special of ICAM (Indigenous Cultural Affairs Magazine). While it is not unusual for SBS to operate in an overtly political manner, the season Unfinished Business: Reconciling the Nation, which was broadcast from Thursday 25 May until Saturday 3 June 2000, was exceptional as a highly coordinated body of work, commissioned from within the structures of SBS, which fully utilised the resources of the service.

Documenting the Nation: A Personal Evaluation of Australia's Documentary Regime