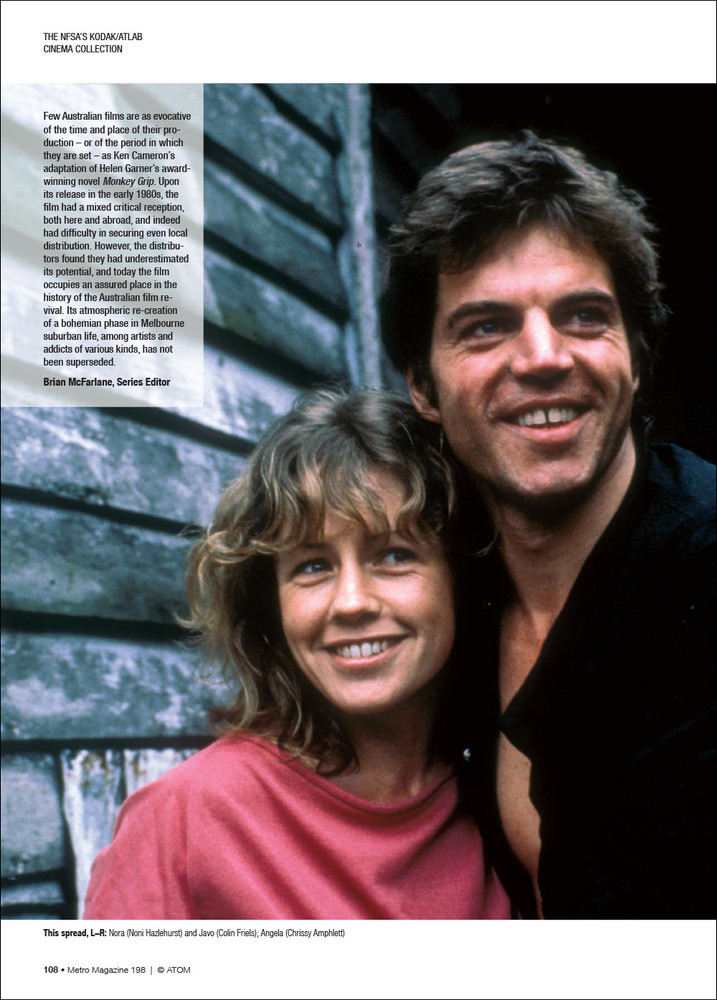 Few Australian films are as evocative of the time and place of their production – or of the period in which they are set – as Ken Cameron's adaptation of Helen Garner's award-winning novel Monkey Grip. While, upon its release in the early 1980s, it had a mixed critical reception, today the film occupies an assured place in the history of the Australian cinematic revival, writes Brian McFarlane.