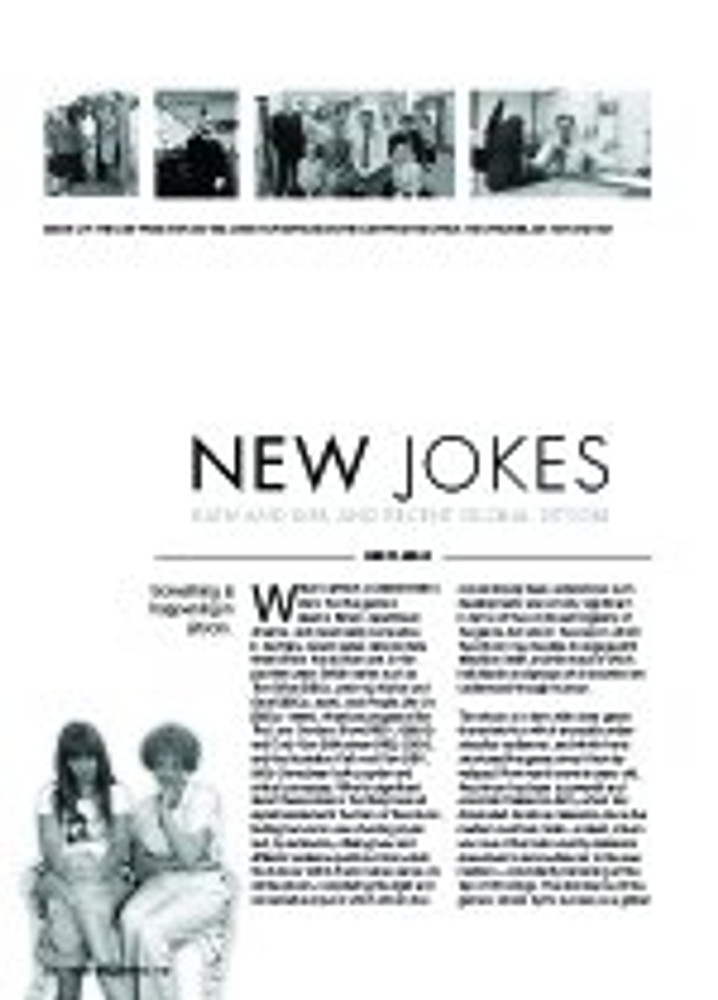 'Something is happening in sitcom. While critics consistently claim that the genre is dead in Britain, repetitive in America, and never really came alive in Australia, recent series demonstrate there's life in the old form yet. In the past few years British series such as 'The Office', 'Marion and Geoff' and 'People Like Us', American programs like 'The Larry Sanders Show' and 'Curb Your Enthusiasm' and the Australian 'Kath and Kim' have been both popular and critical successes. What is significant about these series is that they have all experimented with the form of the sitcom, finding humour in new shooting styles and, by extension, offering new and different audience positions from which the humour within them makes sense.'