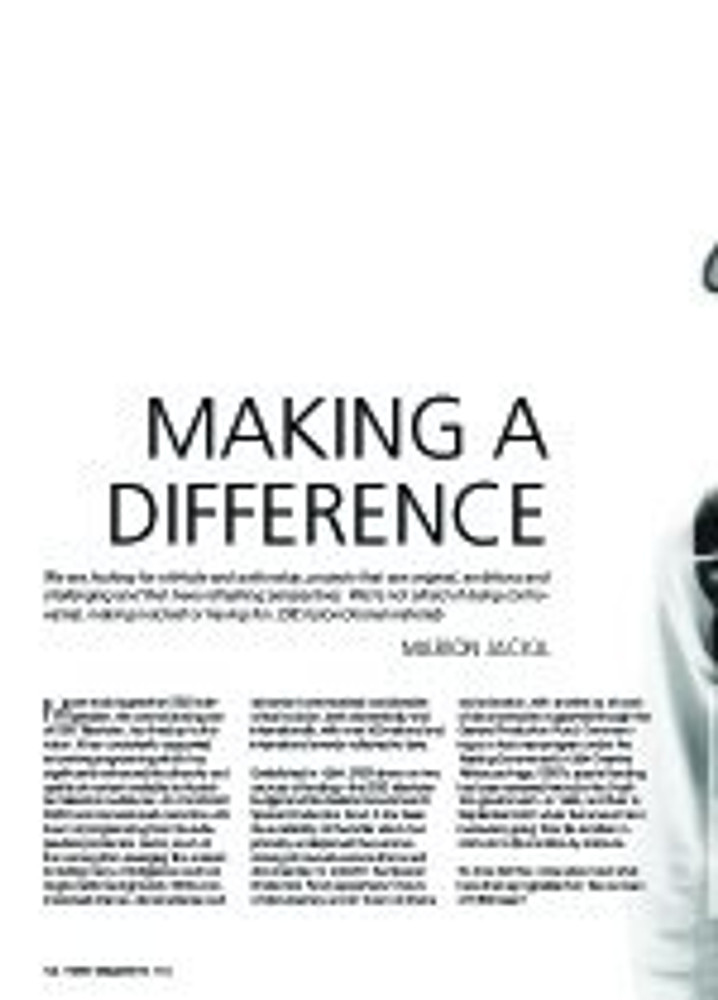 'Most people would agree that SBS Independent, the commissioning arm of SBS Television, has lived up to this vision. It has consistently supported innovative programming which has significantly enhanced the diversity and quality of content available to Australian television audiences. As of mid-2001 SBSI had commissioned more than 475 hours of programming from the independent production sector, much of this coming from emerging film-makers, including many of Indigenous and non Anglo-Celtic backgrounds... So how did this come about and what have the key ingredients in the success of SBSI been?'

PLAN to Make a Difference' Kit