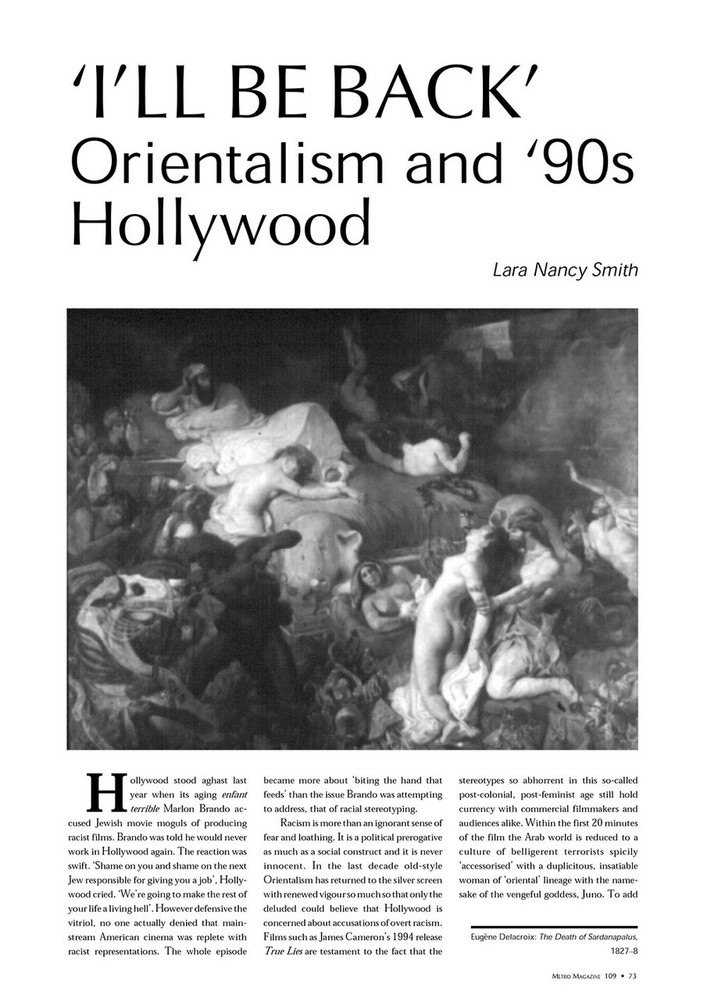 I'll Be Back': Orientalism and '90s Hollywood

Racism is more than an ignorant sense of fear and loathing. It is a political prerogative as much as a social construct and it is never innocent. In the last decade (at the time of writing in 1996), old-style Orientalism has returned to the silver screen with renewed vigour, so much so that only the deluded could believe that Hollywood is concerned about accusations of overt racism.