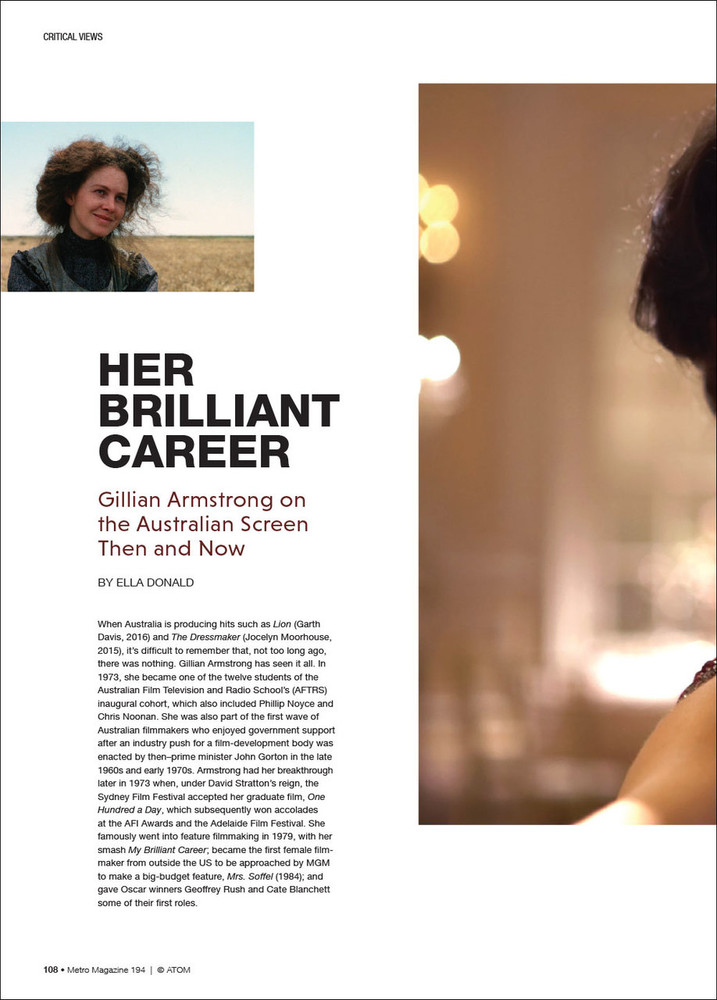 Her Brilliant Career: Gillian Armstrong on the Australian Screen Then and Now

In the four decades since Gillian Armstrong's career began, the industry has seen significant shifts – from the cinematic golden age that birthed films like Picnic at Hanging Rock and the overproduction spurred by the 10BA tax offset, to an increased reliance on co-productions and the disappearance of major global independent studios. Ella Donald speaks to this pioneering director about her films – works of vibrant human drama and comedy – that have endured despite changes in industry and society.

Her Brilliant Career: Gillian Armstrong on Four Decades of Filmmaking

Art of War: An Interview with Gillian Armstrong