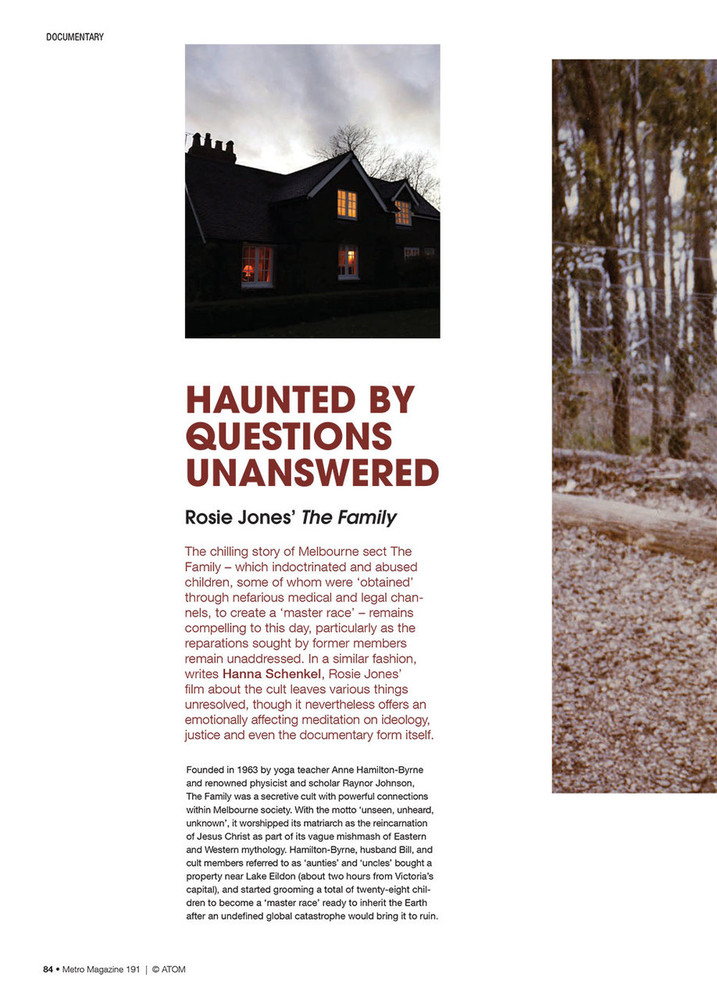 The chilling story of Melbourne sect The Family – which indoctrinated and abused children, some of whom were 'obtained' through nefarious medical and legal channels, to create a 'master race' – remains compelling to this day, particularly as the reparations sought by former members remain unaddressed. In a similar fashion, writes Hanna Schenkel, Rosie Jones' film about the cult leaves various things unresolved, though it nevertheless offers an emotionally affecting meditation on ideology, justice and even the documentary form itself.

Innocence': Haunted by the Future