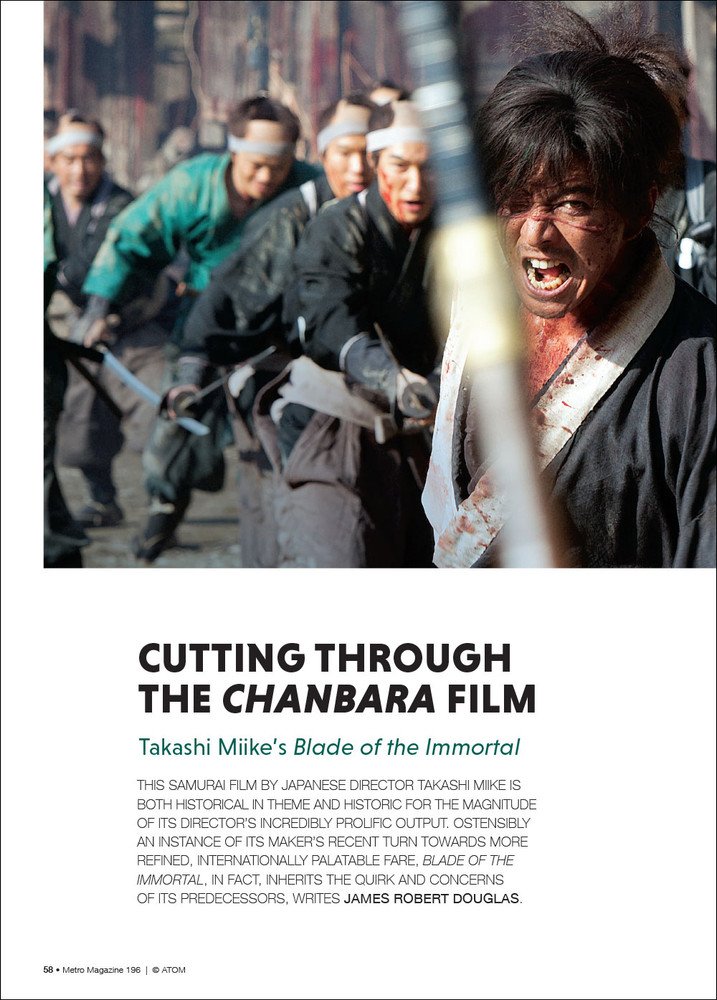 Cutting Through the 'Chanbara' Film: Takashi Miike's 'Blade of the Immortal'

This samurai film by Japanese director Takashi Miike is both historical in theme and historic for the magnitude of its director's incredibly prolific output. Ostensibly an instance of its maker's recent turn towards more refined, internationally palatable fare, Blade of the Immortal, in fact, inherits the quirk and concerns of its predecessors, writes James Robert Douglas.

Reflecting Windows: The 'Blade Runner' Films in the English Classroom