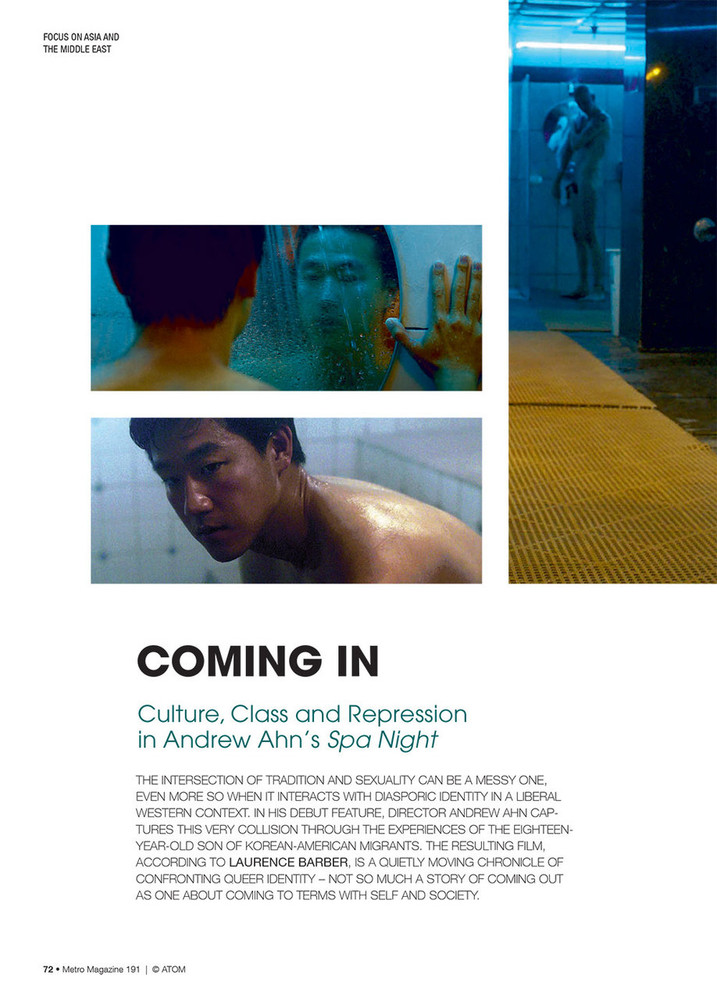 The intersection of tradition and sexuality can be a messy one, even more so when it interacts with diasporic identity in a liberal Western context. In his debut feature, director Andrew Ahn captures this very collision through the experiences of the eighteen-year-old son of Korean-American migrants. The resulting film, according to Laurence Barber, is a quietly moving chronicle of confronting queer identity – not so much a story of coming out as one about coming to terms with self and society.

Repression and Expression: The Film-Maker's Voice in Australian Documentary