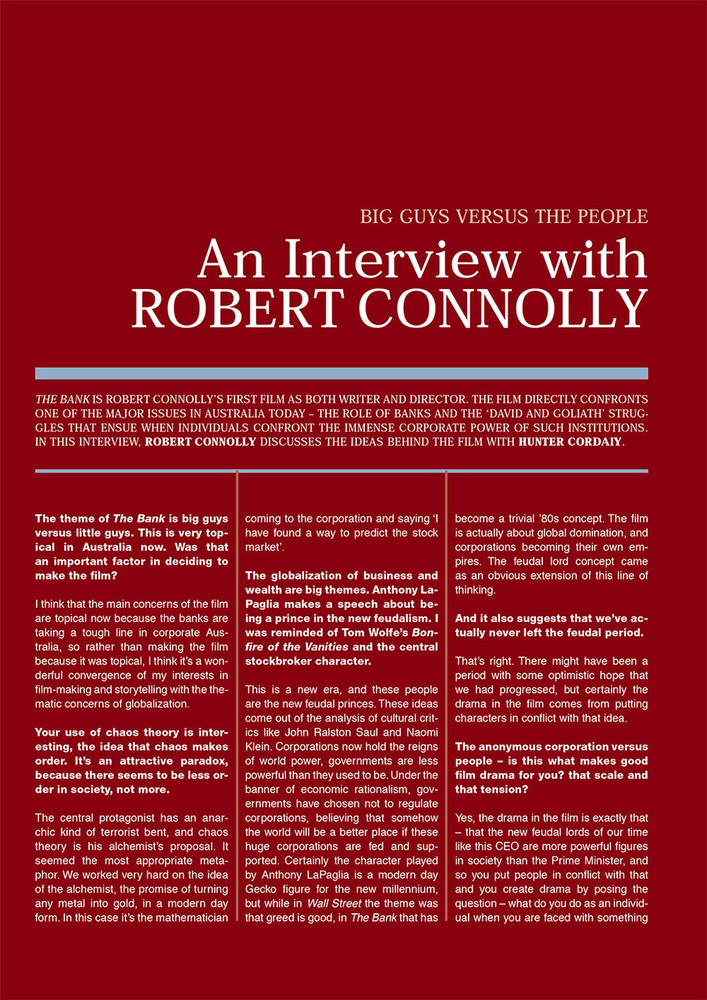 Big Guys Versus the People: An Interview with Robert Connolly

The Bank (2001) is Robert Connolly's first film as both writer and director. The film directly confronts one of the major issues in Australia today – the role of banks and the 'David and Goliath' struggles that ensue when individuals confront the immense corporate power of such institutions. In this interview, Robert Connolly discusses the ideas behind the film with Hunter Cordaiy.