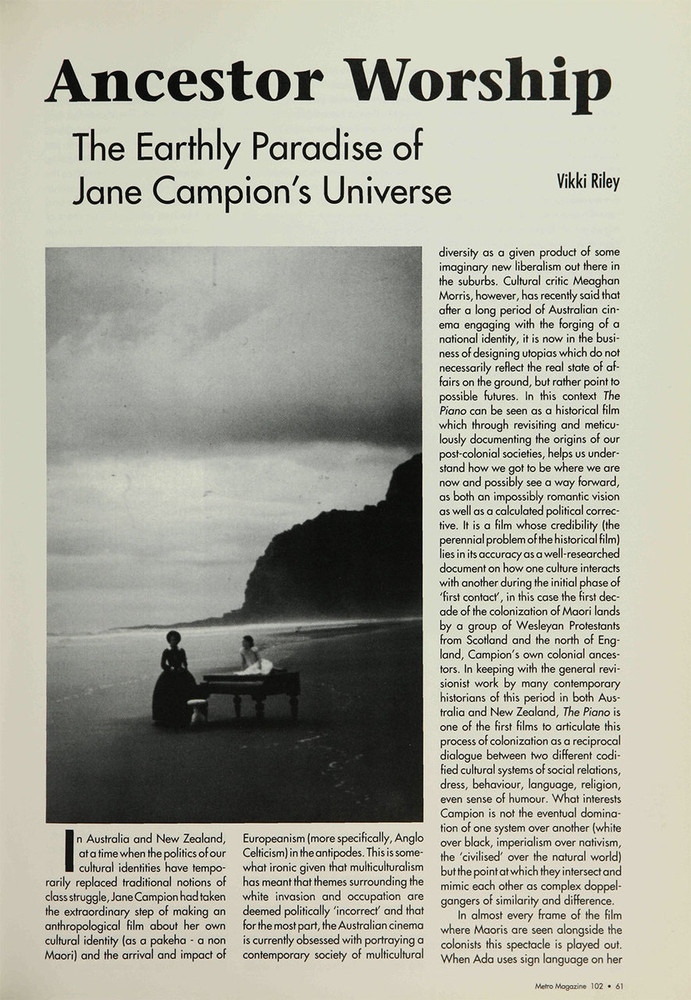 In Australia and New Zealand, at a time when the politics of our cultural identities have temporarily replaced traditional notions of class struggle, Jane Campion had taken the extraordinary step of making an anthropological film about her own cultural identity (as a pakeha – a non-Maori) and the arrival and impact of Europeanism (more specifically, Anglo-Celticism) in the antipodes.

We Don't Want to Watch This: The Boy-Child's Gaze in Jane Campion's Sweetie

Making Waves in a Man's World: Jane Campion's Women in 'The Piano' and 'Top of the Lake: China Girl'

Inspiring Passion and Hatred: Jane Campion's 'In the Cut'