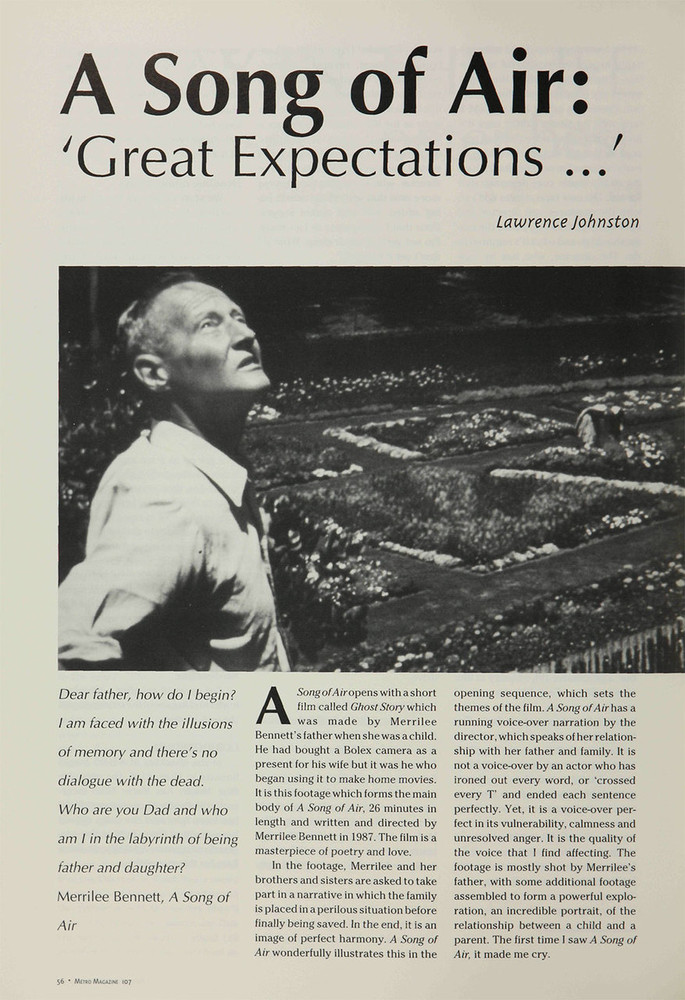 A Song of Air: 'Great Expectations'

A Song of Air opens with a short film called 'Ghost Story', which was made by Merrilee Bennett's father when she was a child. He had bought a Bolex camera as a present for his wife but it was he who began using it to make home movies. It is this footage that forms the main body of A Song of Air, twenty-six minutes in length, and written and directed by Merrilee Bennett in 1987. The film is a masterpiece of poetry and love.