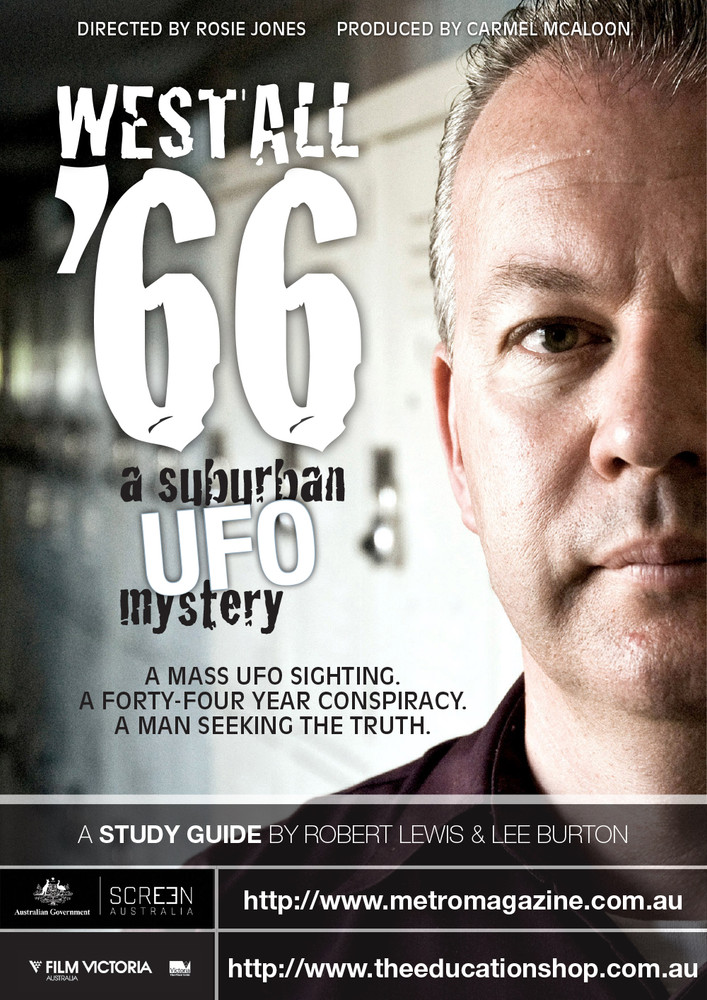 On 6 April 1966, in the Melbourne suburb of Westall, about 200 students, staff and local residents watched as a strange object appeared overhead, landed briefly nearby, then took to the sky and vanished. The event took about twenty minutes.

Witnesses described the object as low flying, silver-grey and shiny, and shaped like a 'cup turned upside down on a saucer'. There were five light aircraft apparently tracking or 'shadowing' it.

A mass of excited students surged out of school and ran after the object. Many reported seeing a circle of flattened grass on the ground where it had landed – one student even claimed to touch it as it took off. Photographs of the events were also taken by a teacher. Others soon observed men in uniforms cordoning off the 'landing site' and removing soil samples by the truckload. Some say they saw uniformed men burn the area a few hours later.

The incident was reported on the television news that night and in the local newspapers.

But despite the evidence that something had happened, the Westall principal called a special assembly at which he told students and staff that they had not seen a flying saucer – in fact, they hadn't seen anything at all. And they were not to talk about it to anybody.

Afraid of being ridiculed or punished, many witnesses remained silent. Some are still angry about being told to lie. Others say the incident has affected their lives and continues to haunt them today.

More than forty years later, Shane Ryan is stirring up the past. Not a witness of the event, but motivated by a deep sense of injustice at how the students were treated, he's tracking down former students and staff as well as searching for the authorities that presided over the day.

The 49-minute documentary film Westall '66: a suburban UFO mystery (Rosie Jones, 2010) follows Ryan's attempts to solve the mystery once and for all. This contemporary detective story is set against the backdrop of an Australian city, but it reflects on a fascinating and pivotal period in world history, a time when the rivalry between the United States and the Soviet Union was played out in a massive conventional and nuclear arms race, the space race and the Vietnam War.

With its undercurrent of cold war paranoia, secret US air bases and a strong military relationship between Australia and America, this story raises questions about the acceptability of cover-ups and untruths delivered by governments in the interests of national security.

Westall '66: A Suburban UFO Mystery is an intriguing real-life mystery. It is an excellent resource for introducing middle and upper secondary students to the problem of 'truth' and the issues surrounding how we know what we know.

It can be used in: