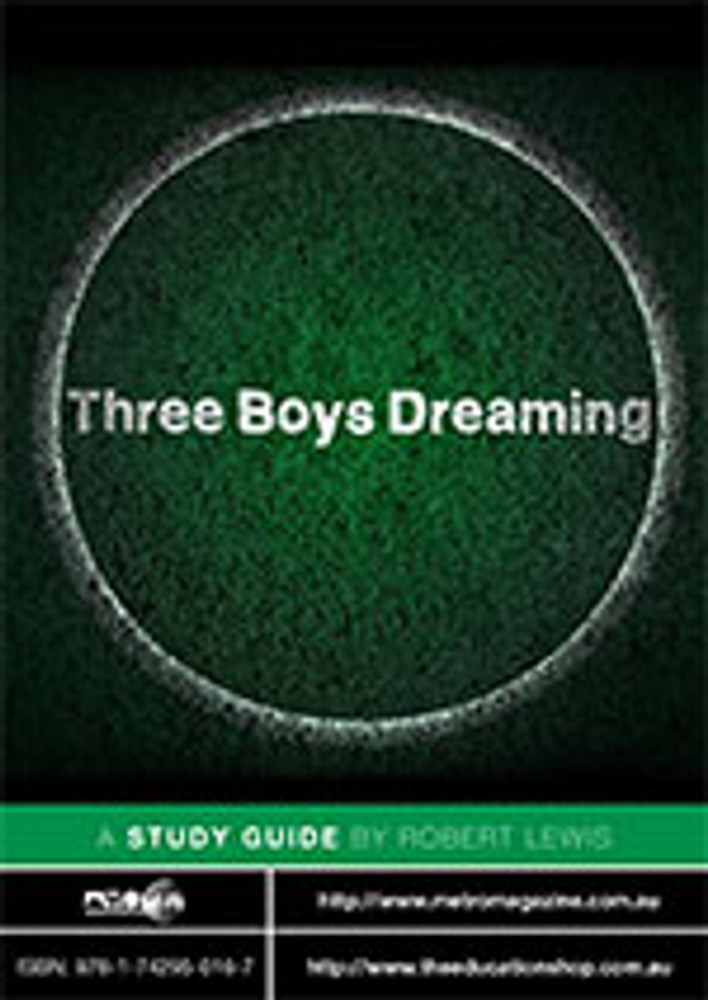 Three Boys Dreaming (Michael Cordell, 2010, 83 minutes) follows three indigenous boys over four years as they chase the dream of becoming professional AFL footballers. At stake is fame, prestige and a starting salary of $150,000 a year.

The film begins with the inaugural 'Kickstart Camp' in Melbourne in 2005. The cream of young indigenous players from around Australia are brought together for a weeklong talent camp where they get a sometimes brutal taste of what it takes to become an AFL star. They meet elite coaches, train at an AFL club and learn what to eat, and what not to eat. Cathy Freeman and Michael Long tell them how to behave if they expect to be drafted by a club paying them a small fortune.

Among the boys is Daniel Jago, a good-natured fifteen year old from Smithton in the remote North-West of Tasmania. It is his first trip to Melbourne and the first time he's been on a plane. He has silky skills combined with a robust attack at the ball. His simple, understated ambition is to play AFL footy and 'maybe get married and have a few kiddies'.

Daen Lomas, an indigenous boy from Sydney's West also demands attention. Of all the boys at the camp his cheeky confidence and mischievous grin stand out. He has the skills and the ambition, but against him is a difficult family life with an absent father battling heroin addiction.

The dark horse is Perth boy Chris Yarran. He is so shy he barely says a word, even to other boys at camp. His father is serving a lengthy prison sentence and perhaps it is this, or some other sense of insecurity, that keeps him hiding under the peak of his cap. But when he plays footy, he comes alive.

It is these three boys whose stories and dreams we follow for the next four years. Key events in the football calendar are the U16 National Championships, the elite AIS/AFL Academy, the U18 National Championships, Draft Camp and finally, the AFL Draft itself. Under the glare of coaches and recruitment managers each of the boys has a very chequered pathway as they try to join the highest ranks of Australian sportsmen.

But it is the boys' emotional journey that is most captivating. One boy grapples with the death of his father and faces criminal charges for an assault. Another is beset with a more common affliction – lack of ambition and an unwillingness to do the hard work required to succeed. The third boy has a steely determination, makes it all the way into the AFL and is recruited by the famous Carlton Football Club. He kicks a goal in his very first senior game.

In the background is a gallery of parents and coaches doing their best to help the boys achieve their potential. In a country of indigenous disadvantage the boys' ambitions are extraordinarily bold.

Much more than a film about sport, this is a universal film about dreams and ambition. And what happens when life gets in the way.

Three Boys Dreaming is a resource that is suitable for use in middle-senior secondary classes in: