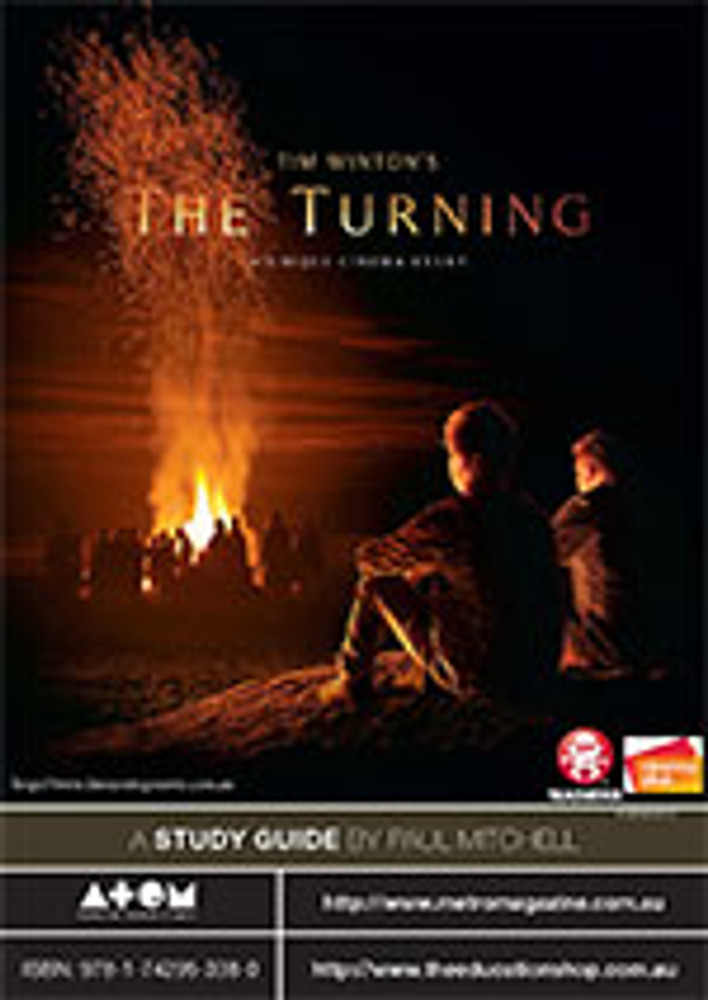 In scope and amibiton, The Turning (various directors, 2013) is a unique event in Australian film history. Based on Tim Winton's short story collection of the same name, the film is an ensemble drama set in contemporary Western Australia.

Starring Cate Blanchett, Hugo Weaving, Rose Byrne, Miranda Otto and Richard Roxburgh (among many others), each of the seventeen stories in Winton's collection is brought to screen by a different director (including Robert Connolly, Mia Wasikowska, Warwick Thornton and Claire McCarthy). The result is a feature film in seventeen segments, referred to as chapters by the filmmakers, a nod to the underlying novel and a replication of its form. These chapters form a uniform work of art.

Vic Lang (played by eight different actors) is the film's main protagonist. His adolescent experiences, obsessions, relationship with his estranged father, and self-motivated role as protector of family and friends provide much of the film's narrative momentum. Although the Langs are not the only set of recurring characters, the family, which includes Vic's father Bob (Hugh Weaving and Dean Daley-Jones) and mother Carol (Susie Porter, Di Adams and Robyn Nevyn), functions as The Turning's emotional epicentre.

The Turning's stand-alone chapters (named on screen before they unfold) cover a variety of themes, including domestic violence, religious conversion, loyalty versus morality, childhood secrets, adolescent confusion and family responsibility. As a collection, the shorts meld to tell an overarching story of Australian life that is by turns nostalgic, humorous, bleak and menacing, yet always rewarding.

Curriculum relevance
The Turning can be used with students in Years 10–12 in studies of English, Media and Film Studies, Society and Culture, Psychology and Drama.

A Tapestry of Tales: Tim Winton's The Turning