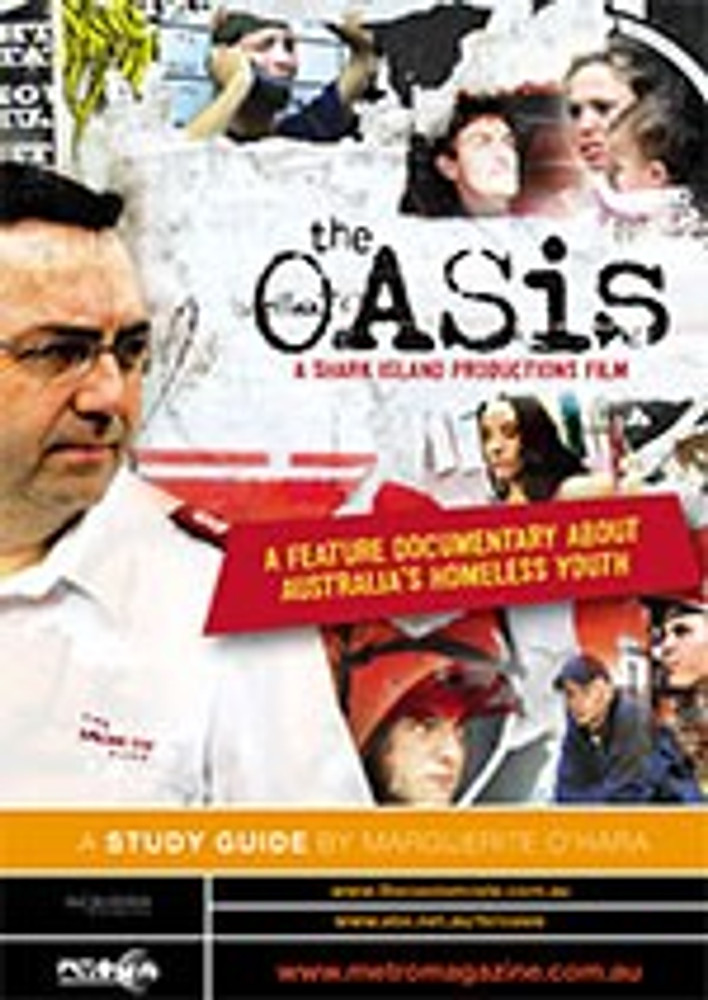 On any night in Australia, 22,000 teenagers are homeless. This film tells some of their stories. OASIS is a shelter for homeless young people in Surry Hills in inner-city Sydney. It is run by The Salvation Army. This observational documentary follows the daily lives of both the young people and the Salvation Army staff who care for them and work with them to try and make a difference in their lives.

The film takes an unflinching look at the difficulties and triumphs that happen each day and night. Many of these young people have ongoing problems with drug abuse; some of them can be violent, abusive and out of control; some of them seem resistant to attempts to help; they stuff up. But, whatever is happening in their lives, Paul and Robbin Moulds are there to work with them to assist in turning lives around through supporting them, however often they fall down. They don't always succeed and unlike many 'reality' television programs there are no cash prizes or instant celebrity for any of these people.

When you see Paul and Robbin Moulds, you understand the slogan 'Thank God for the Salvos'.