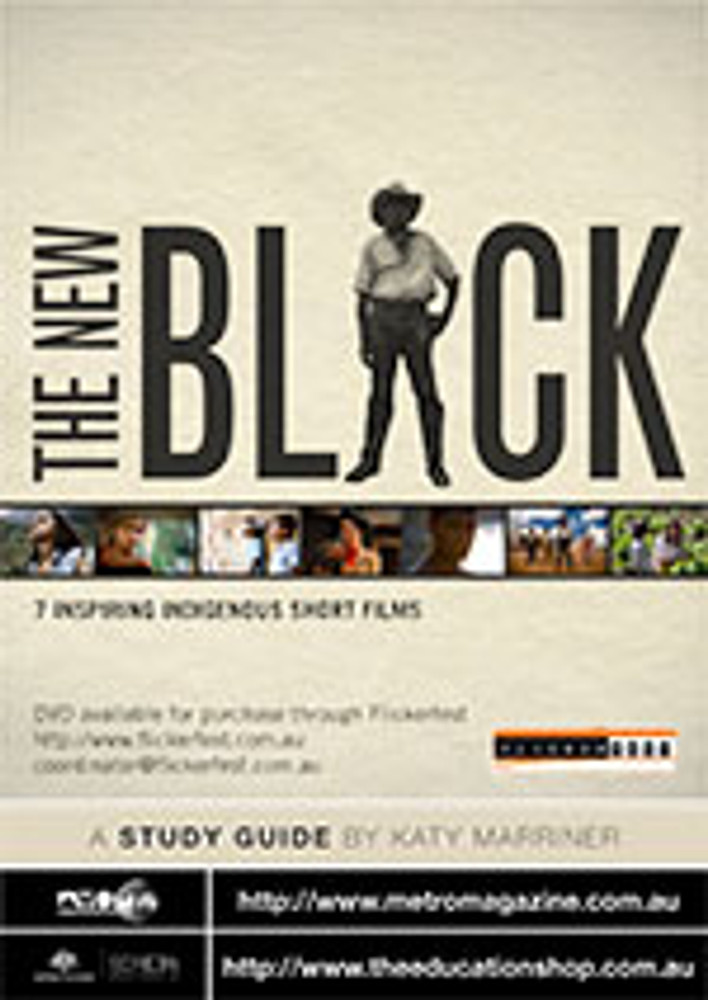 This study guide to accompany The New Black, has been written for upper primary and secondary students. It provides information and suggestions for learning activities in English, History, Literature, Media and curriculum projects exploring the culture and concerns of Indigenous Australia.

The New Black is rated PG. Teachers should preview the films before showing them to students. The subjects and themes of Ralph, The Farm and Aunty Maggie and The Womba Wakgun would appeal to students in Grades 5 and 6. All seven films are suitable for secondary students at all levels.