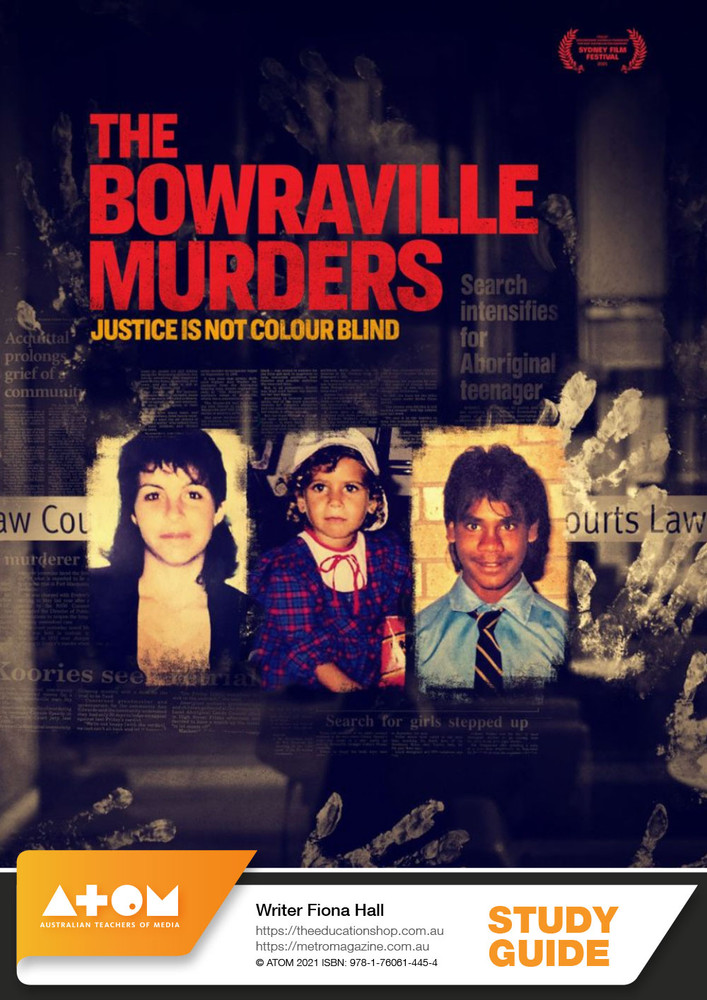 In 1990-91 three kids disappeared from an Aboriginal Mission on the same street in Bowraville, a tiny country town in northern NSW: 16-year-old Colleen Walker-Craig, 4-year-old Evelyn Greenup, and 16-year-old Clinton Speedy-Duroux. Their remains were all found off the same dirt road.

There has always been one suspect – a local white labourer who was acquitted for two of the murders after a botched, racially biased police investigation. To this day the man maintains his innocence while the families desperately want him retried. For thirty years the families of the murdered children have fought an epic Davis-versus-Goliath battle for justice, taking them from a remote Aboriginal Mission all the way to the High Court of Australia.

At the centre of this extraordinary battle and awe-inspiring endurance are the mothers and fathers, aunts and uncles of the three murdered children who are now passing the torch to the next generation. Joining them in their fight for justice is one of Australia's most high-profile homicide detectives who spent twenty years reinvestigating the murders; a politician who was so outraged by the injustice the families have endured that he called for a Parliamentary Inquiry; and a dogged crime reporter whose work helped trigger a historic appeal for a retrial.

Using the investigation into the murders as the spine of the story, Bowraville becomes a microcosm of the wider story of racism inside the criminal justice system and society at large. Since the children first disappeared, there have been over 470 deaths in custody and not a single conviction. 'For us, it's a killing that never stops' says journalist and broadcaster Stan Grant in the film. 'It's a legal system that still fails to see us or bring justice.'

The Bowraville Murders takes viewers on an emotional roller-coaster ride spanning thirty years through three parallel narrative arcs – the families' Herculean battle for justice; the reinvestigation into the murders by homicide detective Gary Jubelin on the trail of the suspected killer; and the wider story of racism that connects the Bowraville murders to the Frontier Wars and the Black Lives Matter movement. The story is driven by powerful retrospective interviews, raw ob-doc actuality as we follow the families through the carousel of courts all the way to the High Court of Australia, and extraordinary archive that documents the story from the time the children went missing...exactly thirty years ago.

The Bowraville Murders can be linked to the following subject areas within the Australian Curriculum Years 7–10:

The Bowraville Murders can also be used as a supplementary text when studying a range of Senior School subjects, including:

NB: Aboriginal and Torres Strait Islanders are advised that this program contains images and voices of people who have died. The documentary contains reference to upsetting events and occasional coarse language, and teacher discretion is advised.