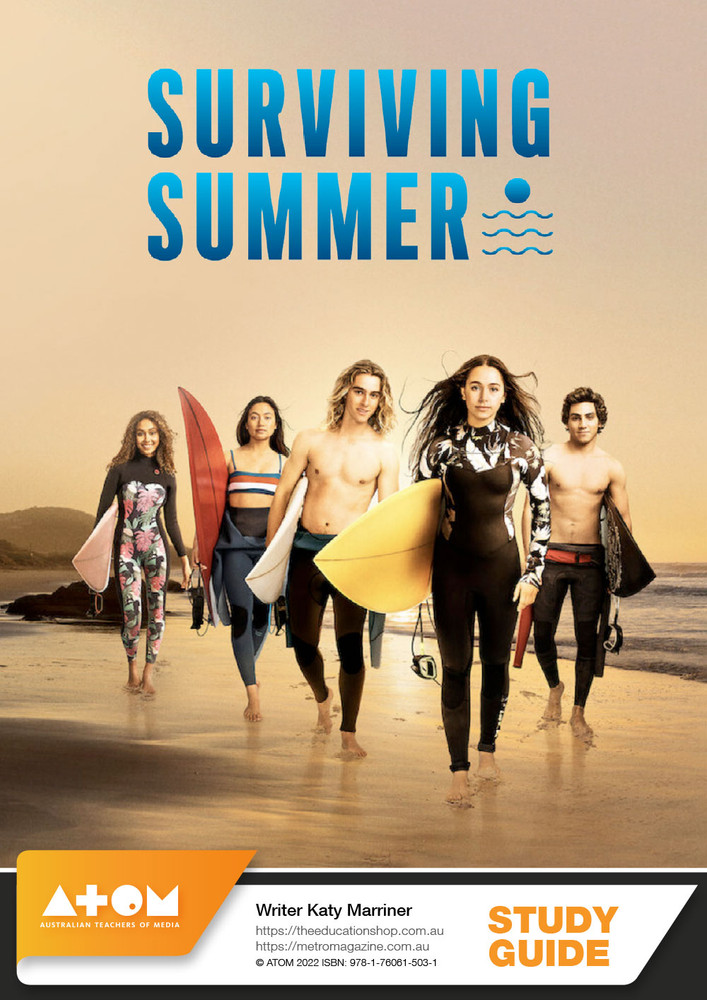 After pushing her high-flying Australian mother to the brink, irrepressible Brooklyn teen Summer Torres is sent to live with family friends, the Gibsons, in the tiny town of Shorehaven on the Great Ocean Road. Supposedly she lived there until she was six but as far as she's concerned, this quirky Aussie family is a bunch of strangers. In a word: she's furious.

So is Ari Gibson, an introverted but ambitious young surfer coming back to competition after a life-threatening injury and months of rehab. He didn't ask for this impulsive and unpredictable American to steal his room and completely disrupt his plans. Those plans being: To make the Victorian Junior Surf Team and reconnect with his old buddies –  Marlon, Bodhi and Poppy – who drifted away after the surfing accident that put Ari in hospital.

During Summer's eight-week exile, she'll be introduced to the fun and thrilling world of competitive surfing ... and discover a talent and a drive she never knew she had ... as well as an extended family to support her. At the same time, as Ari competes against his friends and awesomely talented kids up and down the coast in an effort to make the State Team, he'll also battle a secret anxiety that threatens to derail his dreams. Polar opposites in so many ways, Ari and Summer will drive each other crazy, share amazing experiences, and change each others' lives.

Surviving Summer is a ten-part television series. Each episode has a running time of 25 minutes.

Surviving Summer is recommended viewing for students in Years 7–10. The television series is relevant to units of work in the learning areas of English, Media Arts and Health and Physical Education. Surviving Summer provides an opportunity for teachers to develop cross-curriculum units in these learning areas.

Given the series' focus on adolescent identity and belonging, Surviving Summer can be used as a resource to teach the Australian Curriculum General Capability: Personal and Social Capability.

It is important that students are provided with strategies to support their learning about themselves and others. Students with well-developed social and emotional skills find it easier to manage themselves, relate to others, develop resilience and a sense of self-worth, resolve conflict, and feel positive about themselves and the world around them.