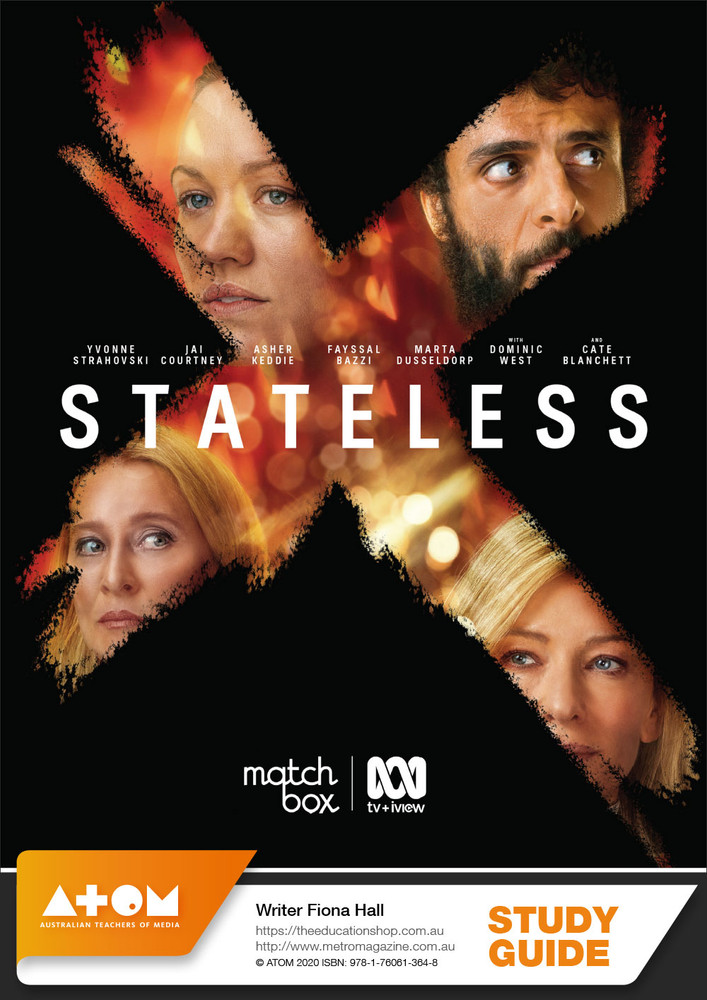 Stateless is a powerful and timely series about four strangers whose lives collide at an immigration detention centre in the middle of the Australian desert: an airline hostess on the run from a dangerous cult, an Afghan refugee and his family fleeing persecution, a young father escaping a dead-end job and a bureaucrat running out of time to contain a national scandal. These four central characters are trapped behind the same barbed wire in the searing desert heat. As past traumas rear their heads, realities begin to splinter for our four protagonists.

Stateless can be linked to the following subject areas within the Australian Curriculum for students in years 7 – 10:

Stateless can also be used as a supplementary text when studying a range of Senior School subjects, including:

Please note: There are some emotional and confronting scenes in Stateless that may prove distressing for some students. Teacher discretion is advised.