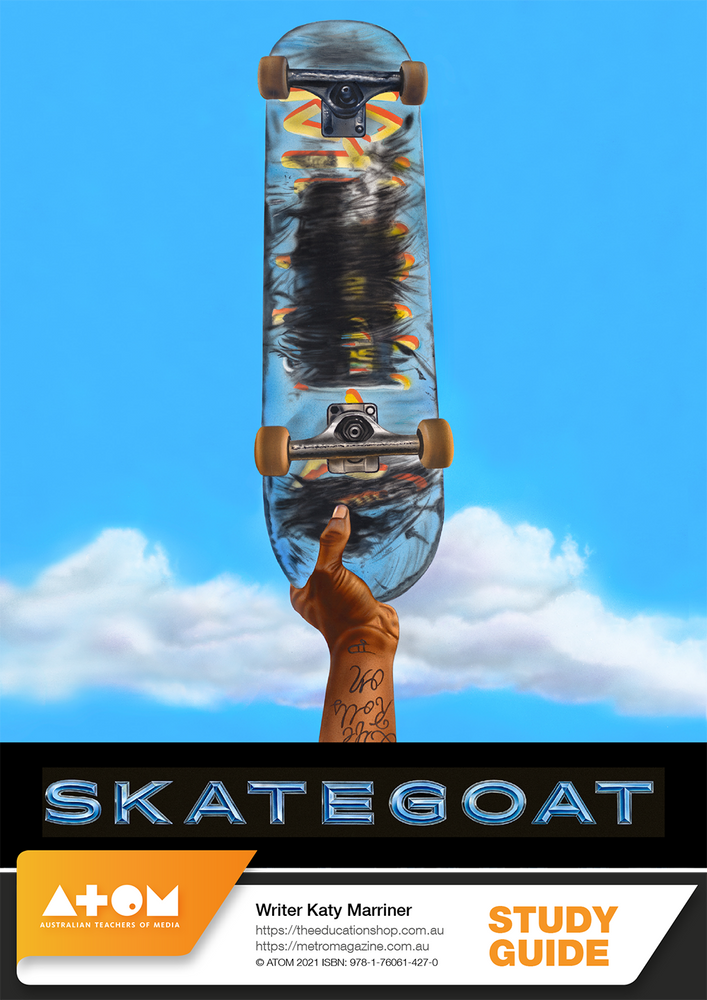 Leandre Sanders was born in Venice Beach, LA, into a world of gangs and crime. His father has been shot and stabbed multiple times, spending most of his recent days incarcerated. His older brothers joined the family tradition of 'gang-banging', whilst Leandre – dubbed Skategoat – spent most of his days and nights at Venice Beach skatepark with his younger brother Leontay. The only thing that kept him out of trouble was his love of skateboarding.

He was so talented and determined that, at the age of eleven, he caught the eye of filmmaker Van Alpert. Over the next ten years, Van documented Leandre's struggle to survive and perfect his skateboarding.

When Leandre was fourteen he left his rapidly unravelling family and started sleeping rough at the bowl of the skate park. During this time, he relied on his friend Haden and the kindness of a local woman, Katie, who looked out for the two boys. And despite this adversity, Leandre never lost his drive to skate.

Leandre fell in love with a young Australian girl and moved around the world to be with her. In addition to young love, Chauntelle showed Leandre another side to family life. Love not fear. Parenting not gangster. This Melbourne setting provided Leandre with the perfect platform to give his skating everything he had and set course for the world stage.

Set against the visually palpable decline of LA, the decade captured by Van charts Leandre's journey to becoming 'the skater of a generation' who has perfected his own unique 'no stance' skate style. The result is a gritty reflection of what it takes to make it in the skating world – and what it takes to survive as a disadvantaged kid in the United States. Pulsing with a tactile sense of street style and punctuated by an incredible soundtrack, Skategoat is a story about the streets told from the streets, that proves anyone can seize their dream.

Skategoat provides a candid insight into the life of Leandre Sanders and the impact that skateboarding has had on his identity and sense of belonging.

This study guide to accompany Skategoat is suitable for students undertaking:

One of the general capabilities of The Australian Curriculum is personal and social competence. Skategoat can be used to support the teaching of Pastoral Care programs at Years 10– 12.

Teachers are advised to consult the curriculum outlines relevant to their state or territory.

Skategoat contains mature themes, drug use and coarse language. Teachers are advised to preview the film before showing it to students. Students should also be briefed about the content of Skategoat before viewing the film.

The DVD of Skategoat is not included in the Study Guide material.