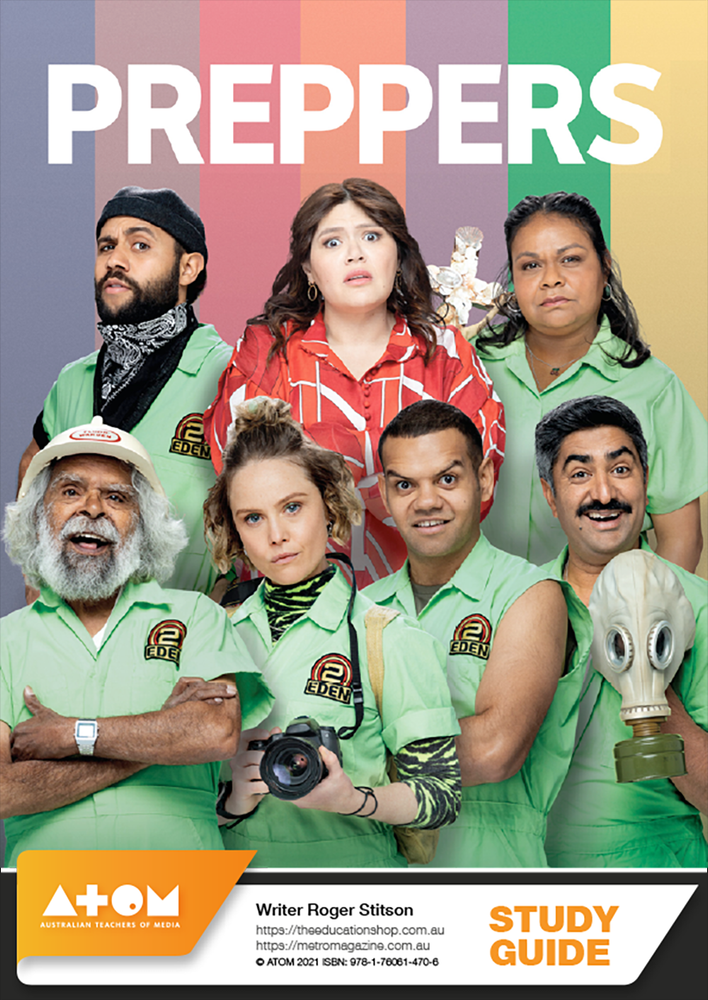 Between climate change, economic catastrophe, terrorism, pandemics, meteor strikes, hostile AI, nuclear proliferation, and alien invasion, it looks almost certain that the end is nigh. Preppers is a narrative comedy series that follows Charlie (Nakkiah Lui), a young Aboriginal woman, who after suffering her own personal cataclysmic event when her life crumbles around her, escapes the fallout finding herself at the centre of a mismatched community of ‘preppers’ planning for the apocalypse at Eden 2.

With nowhere else to go, Charlie reluctantly joins the preppers and is eventually won over by the rag-tag bunch of misfits as she tries to come to terms with the dissatisfaction, loneliness and alienation she’s always felt trying to find her place in a White Australia. By gaining a sense of purpose, becoming an unlikely leader and confronting the generational trauma of colonisation, Charlie will ultimately realise that she isn’t as powerless or vulnerable as she thinks, that maybe... just maybe... the end of the world might be her best chance at a new beginning?

Preppers can be linked to the following subject areas within the Australian National Curriculum: