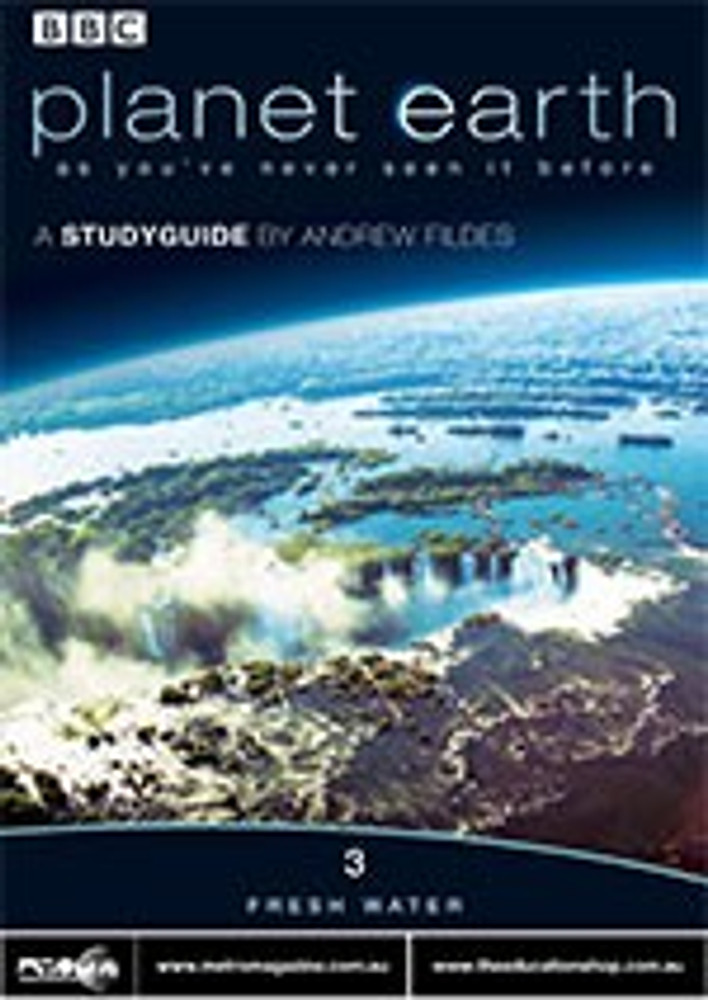 Planet Earth is a BBC production with five episodes in the first series (episodes one through five) and six episodes in the second series (episodes six through eleven). Each episode examines a specific environment, focussing on key species or relationships in each habitat; the challenges they face; the behaviours they exhibit and the adaptations that enable them to survive. Recent advances in photography are used to achieve some spectacular 'first sights' – in particular, stabilised aerial photography gives us remarkable views of migrating animals and the techniques used by their predators to hunt them.

As the series examines pristine environments where possible, they are often extreme. These are the parts of the world where few humans have chosen to live as the climate and landscape is too challenging, too difficult and dangerous. The plants and animals that do survive here have made some spectacular adaptations in forms and behaviour to live in these far reaches of the planet.

The third episode explores the cycle of fresh water, from the great storms sweeping inland with their vital cargo of rain, to the return to the oceans at the great river deltas. All life on Earth has a fundamental need for clean, fresh water and yet only three per cent of all the water on the planet is fresh at any one time.

We visit the high tepui of Venezuela, the strange isolated jungle plateau, which gave rise to legends of 'lost worlds' where perhaps even dinosaurs still survive. They don't, of course, but on these highlands it rains every day giving rise to spectacular sights such as the Angel Falls which plunge almost a thousand metres off the escarpment of Auyantepui and reach the ground as mist.

Mountain streams are fast and clear and home to invertebrates which must hang on tight among the stones in the river rapids. Further down, here things are less turbulent, huge Japanese salamanders ambush their prey. Among the largest amphibians left, these 1.5m living fossils sense small fish in the dark by their movement alone. Pacific salmon make their long and dangerous journey into the upper reaches of the river systems and must pass the barrier of hungry bears, ready for the annual feast before hibernation.

Rivers are one of the most powerful erosive forces and nowhere is this more evident than in the Grand Canyon of the south-west USA. A system of gorges cut into the sandstone, it is 1600km long and up to one-and-a-half kilometres deep.

Rivers maintain unique ecosystems. In India, otters form clans to hunt fish like aquatic wolf-packs, and they're almost as fearless too, as we see them bravely face off a huge mugger crocodile intent on a furry snack. In Africa, huge Nile crocodiles have larger game in mind as they select their victims from the huge wildebeest migration which must cross their wide rivers.

Further north we examine the unique life of the huge Rift Valley lakes. Lake Malawi is a virtual inland sea which is home to a remarkable population of exquisite cichlids, hundreds of distinct fish species which have descended from a few common ancestors to fill every imaginable ecological niche. They are hunted by the electric dolphin fish which sense their presence in the field that they generate. But large as Lake Malawi may be it is dwarfed by the frozen Siberian Lake Baikal, a lake so vast that it holds one-fifth of the planet's fresh water. Home to unique freshwater seals and strange crustaceans, it is frozen over for five months of the year but is still rich in life.

The world's greatest river is the Amazon, carrying huge quantities of silt to the ocean each year and again, a system so large that it can support unique life forms. The only freshwater dolphins in the world, the pink boto, chase shoals of fish to the point where they leap from the water in desperation. Further south, the Iguaçu Falls are one of the world’s largest broad waterfalls at over two kilometres wide and the Paranar River forms the huge Pantanal Swamp where the infamous piranha can strip a victim to the bone in minutes.