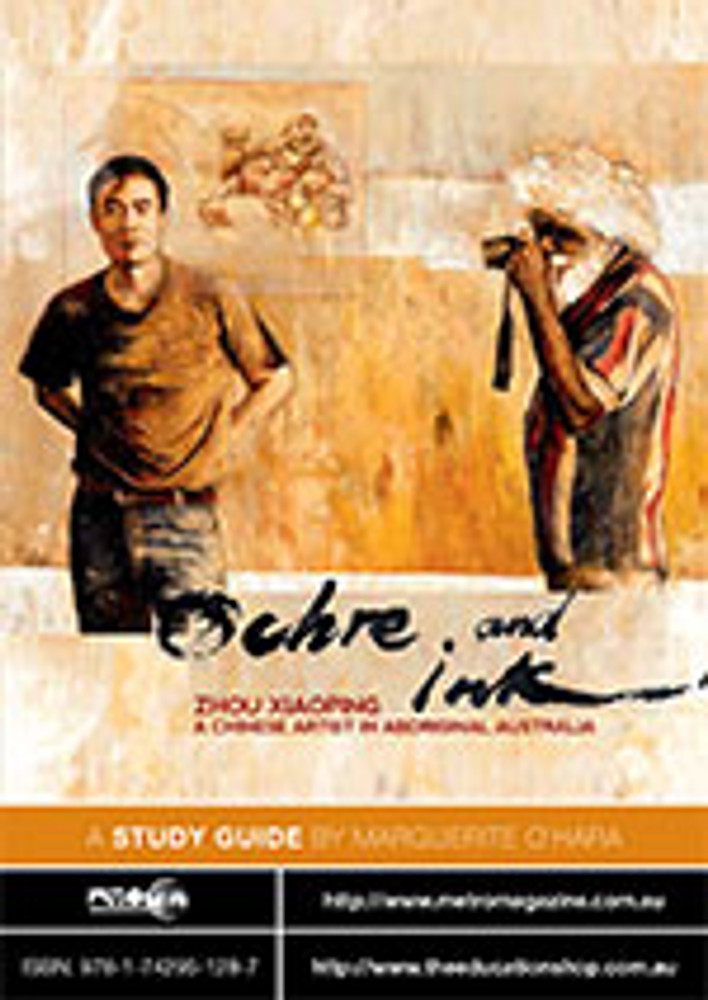 Xiaoping trained as a traditional Chinese brush painter in Anhui Province in China. When he arrived in Australia in 1988, he knew almost nothing about the country. On a whim, he travelled to the heart of the outback, where he was surprised to see Aboriginal people for the first time. He became fascinated with their art and culture and they welcomed him into their communities where the artists showed him their techniques of painting with ochre on bark.

He visits the famous artist Johnny Bulunbulun and his family at their remote outstation in Arnhem Land. Xiaoping and Johnny are working on paintings for a major exhibition to be held in Beijing on the theme of the 300-year trade in Trepang (sea cucumber) from the Aboriginal people of northern Australia via Macassan traders to China. The artistic collaboration between the Aboriginal artists and Xiaoping is not without controversy.

Johnny Bulunbulun's wife Laurie and other family members attend the Trepang Exhibition opening at the imposing Capital Museum in Beijing and later Xiaoping shows his Aboriginal friends some of the fascinating sights of Beijing.

PLEASE NOTE: Aboriginal and Torres Strait Islander viewers are advised that this program contains images and voices of people who have passed away.

Ochre and Ink would be an excellent film to show to middle and senior secondary students of Australian Studies, Australian History, Cross-cultural Studies and Visual Arts subjects such as Studio Arts. It tells a fascinating story of what some people might consider to be a most unusual collaborative project and friendship between a traditional Chinese painter and Aboriginal artists from Arnhem Land. The film demonstrates that the things that connect us are stronger than the things that divide us, that we can all learn from other people and their cultures and forge new friendships if we are open to different experiences.