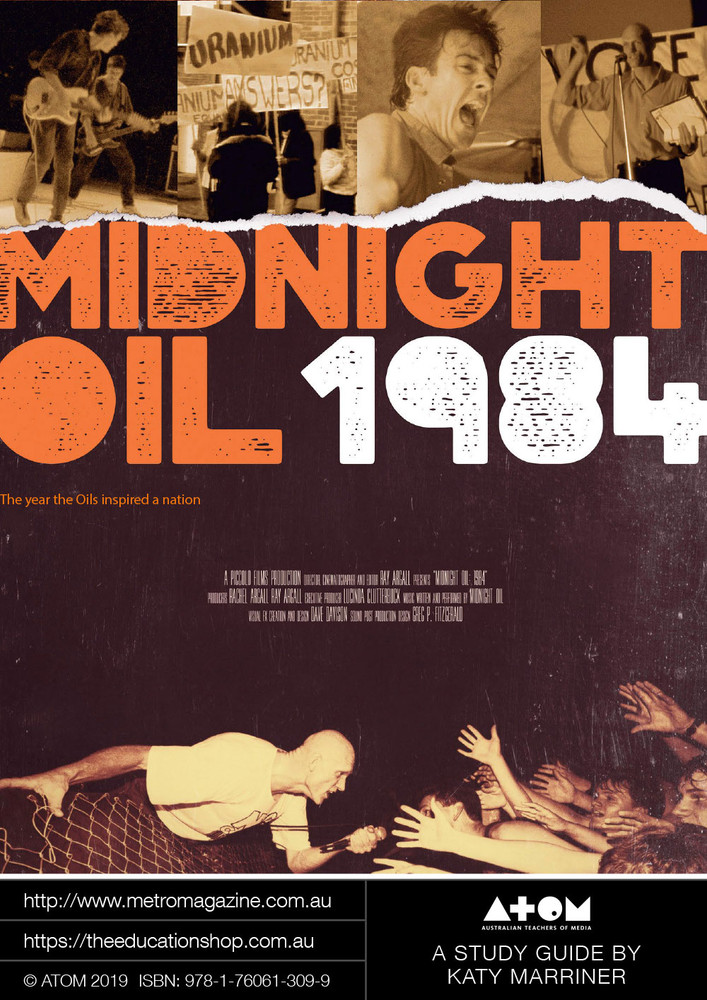 Midnight Oil: 1984 (2018) written and directed by Ray Argall is the untold story of a year that would ultimately make but nearly break Australia’s most important rock and roll band.

In 1984, Midnight Oil release their iconic record Red Sails in the Sunset. They embark on a relentless tour around the nation performing raw and electrifying music that reignites the imagination of young Australians. That same year, their lead singer Peter Garrett commits to run for a Senate seat in New South Wales for the Nuclear Disarmament Party (NDP).

Midnight Oil had been building a strong following since 1977. Their live performances were legendary. Their popularity gave a voice to the feelings of a young generation concerned about nuclear power, Indigenous affairs, environmentalism and US dominance of Australian culture. With the full support of the band, Garrett launches himself and his fellow band mates into a strenuous and demanding alliance between rock music and politics.

The NDP campaign resonated powerfully with young people concerned about nuclear weapons and war. A demographic previously alienated from politics was suddenly energised and ready to vote Garrett into the Senate. Working from makeshift offices with few resources and aided by NDP Campaign Manager Mark Dodshon, Garrett darts from schools to rallies, talking to the media and spreading the message of the campaign. As the NDP starts to poll strongly politicians from all sides go on the attack.

Meanwhile the pressure of performing on both the live stage and the political stage takes its toll on the band. With their lead singer campaigning throughout the day and performing at night it becomes an anxious and conflicted time for the band. The added adrenaline and excitement surrounding Garrett’s Senate campaign draws a lot of media attention and their profile goes from the back pages of the entertainment section to the front pages of the news.

Thirty years in the making and featuring never seen before footage of the band on and off the stage, Midnight Oil: 1984 is the untold story of the year Australia’s most iconic rock band inspired the nation to believe in the power of music to change the world.

Midnight Oil: 1984 is suitable for secondary students in Years 10–12 undertaking: