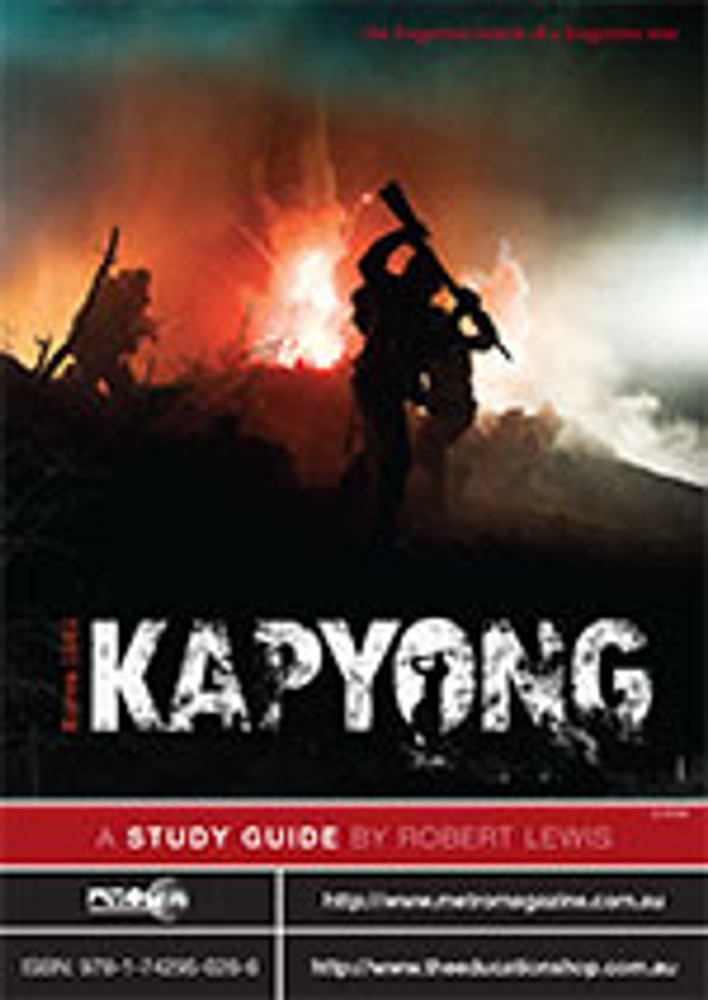 On 24 April 1951, following a rout of the South Korean army, the Chinese People's Volunteer Army pursued its enemy to the lines of Australian and Canadian troops still digging fallback defences, thirty-nine kilometres to the rear.

Here, sometimes at the length of a bayonet, often in total darkness, individual was pitted against individual. They fought for a valley – the ancient and traditional invasion route to Seoul. If the capital city of Seoul fell, the war might take a new direction – a nuclear option was never far from the minds of the American leaders.

At Kapyong, the Commonwealth Brigade, as part of the United Nations force, had the military advantage of the high ground and artillery support; the Chinese relied entirely on vastly superior numbers. As a result, young men from both sides found a battle which was very close and very personal.

The battle of Kapyong became the turning point of China's Fifth Offensive that Korean spring. The aim of the offensive was to finally drive the foreign troops out of South Korea and into the sea. What happened instead changed the course of the Korean War. The Chinese were denied victory and were forced back into negotiations.

Kapyong (Dennis Smith, 2011) is a 54-minute film about the reminiscences of old men in Rotorua, Vancouver, Toronto, Melbourne, Brisbane and Taipei. In Christchurch, Calgary, Winnipeg, Utah and the Chinese regions of Changtu and Shenyang. Their story is told with dramatic reconstruction, archival imagery, maps and archival film complemented by the commentaries of military historians from both sides of the Cold War.

The battle of Kapyong is one that over half a century later chills us in its telling. Old soldiers speak from a variety of different viewpoints. The Australians talk of being napalmed by 'friendly fire'. The Canadians tell of calling in artillery fire onto their own positions to wipe out the Chinese who were over-running them. An Australian commander speaks of the options that face him when his men take thirty-eight Chinese prisoners. He tells us that he even considers shooting them on the spot. The Chinese who are interviewed in the film take pride in the fact that they were skilled, highly disciplined soldiers and masters of camouflage, able to move by night and disappear by day.

The recollections of these old soldiers are vastly different. Their reminiscences are masked by the 'fog of war' and memory. Sometimes, though, their comments are remarkably similar. They all speak of endurance and extreme bravery. They speak with warmth and fondness, even humour, but above all what they mention is loss.

Kapyong is a suitable resource for middle and upper secondary students in:

Teachers should note that there are some scenes of graphic violence in the film.