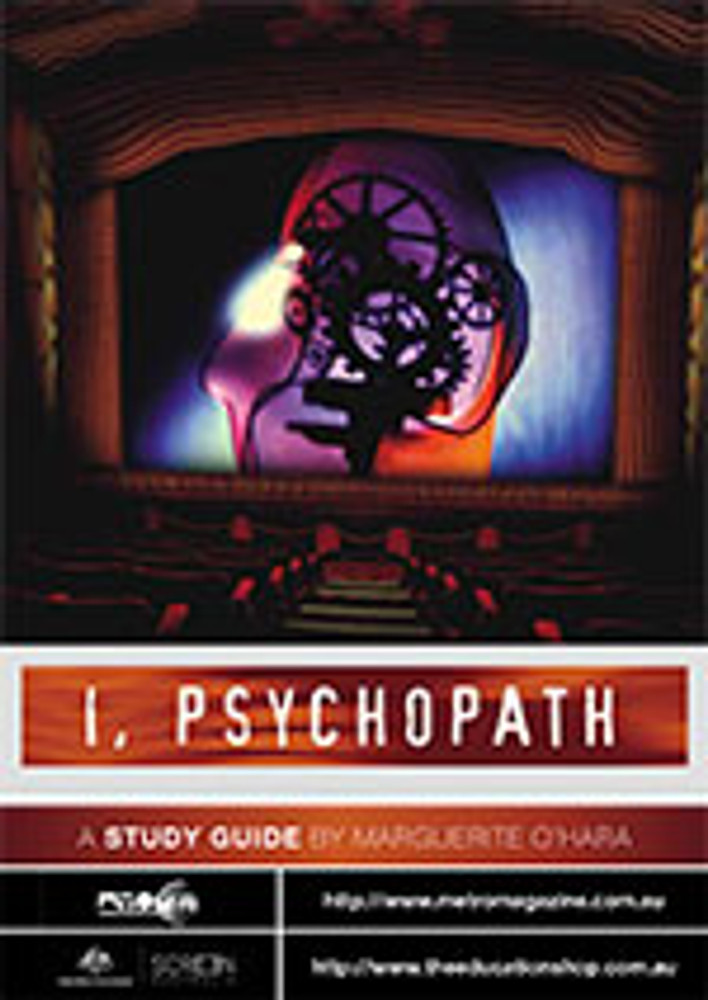 Psychopaths … they'll charm you, manipulate you, then ruin your life. But, not all of them with a gun or a knife. In this extraordinary documentary, suspected corporate psychopath Sam Vaknin goes in search of a diagnosis … was he born without a conscience? Unwittingly, the filmmaker becomes a textbook victim. Joined by Vaknin's long-suffering but ever-loyal wife Lidija, the threesome embark on a diagnostic road trip to the world's top experts in psychopathy during which Vaknin (and his wife) undergo a battery of rigorous psychological tests and neuroscientific experiments. He is the world's first civilian to willingly seek a diagnosis for psychopathy. The former corporate criminal turns out to be a way better psychopath than any of them imagined. By the end, Walker almost calls it quits on his own film rather than spend another day with its main subject.

This is a film about making a film, a documentary where the filmmaker becomes part of the story, drawn into the world of the individual whose life and behaviour he is documenting. While the common perception of a psychopath may be that of a serial killer, as depicted in many films and television crime shows such as the character of Hannibal Lecter in the 1991 film The Silence of the Lambs (Jonathan Demme) the reality may be far less dramatic and much more frightening. Hannah Arendt's description of Adolf Eichmann as embodying 'the banality of evil' probably comes closer to the truth.

As a thought-provoking example of contemporary documentary-making, the film would be of interest and relevance to senior secondary and tertiary students of Film and Media Studies.

It could also be shown to senior students of Psychology and Philosophy. The film explores the processes used to diagnose this condition, a complex process that should only be undertaken by professional psychologists and neurobiologists.

For English students the film offers an interesting example of the role of the author in relation to his material. It demonstrates how the narrative arc of a documentary can be shaped by the involvement of the Director in the story.

I Am a Girl (ATOM Study Guide)

I Am Mother (ATOM Study Guide)