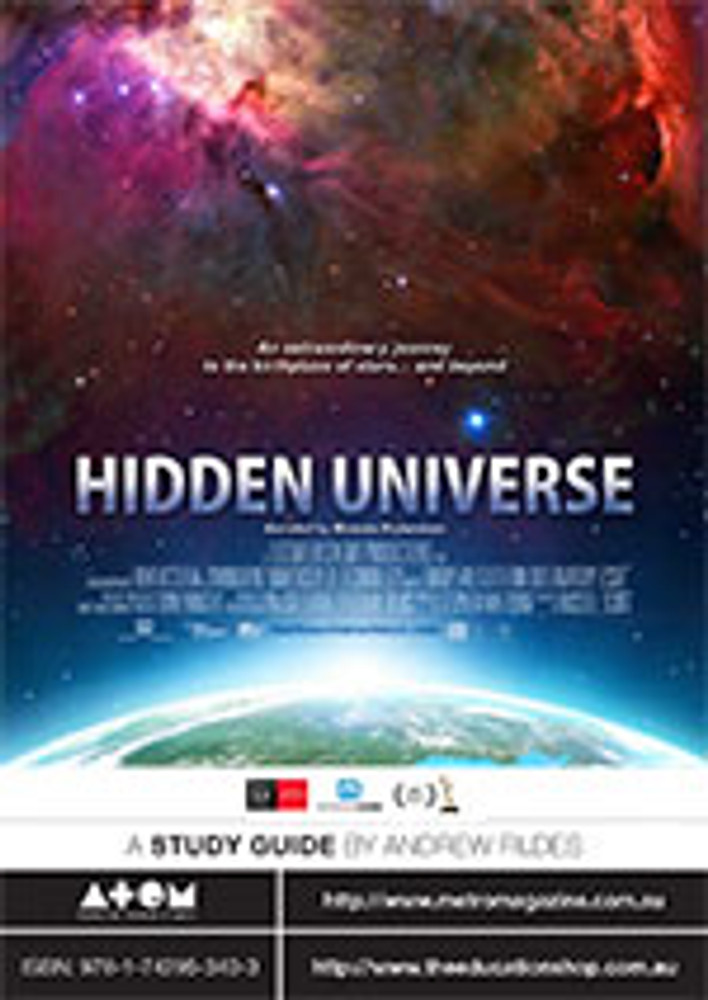 'Space is big. You just won't believe how vastly, hugely, mind-bogglingly big it is. I mean, you may think it's a long way down the road to the chemist's, but that's just peanuts to space.' – Douglas Adams, The Hitchhiker's Guide to the Galaxy

Since the beginnings of science thousands of years ago, people have turned their eyes to the sky with a series of questions:

Today's top astronomers and astrophysicists are exploring the deepest reaches of the universe in search of answers; not about the planets or the stars in many cases, but as Dr Poole says, 'the spaces between the stars that we can see'. They are using the world's newest, most powerful telescopes – optical and microwave. And because the light takes so long to reach us, travelling billions of light years, they are literally seeing back in time to the formation of the earliest galaxies around thirteen billion years ago.

Now their work is being brought to life in Hidden Universe (Russell Scott, 2013), a new 3D documentary adventure for IMAX theatres and giant-screen cinemas.

More than two years in the making, Hidden Universe features spectacular space imagery captured by state-of-the-art telescopes such as the Very Large Telescope (VLT) and the Atacama Large Millimeter Array (ALMA) telescope, which represent the very latest advances in astronomy, as well as other telescopes like the NASA/ESA Hubble Space Telescope. Viewers see the earliest galaxies, watch stars being born inside vivid clouds of gas and dust, witness two galaxies colliding, tour the detailed surface of Mars, and see images of distant celestial structures including stunning new views of the Sun – seen on-screen and in 3D for the first time.

'You're seeing a real image, on a real height map, based on the real contours of Mars, ' said Scott. 'It's all real. This is not Hollywood dreaming. '

Curriculum relevance
Hidden Universe is relevant to students from upper primary to senior secondary levels in the subject area of Science, specifically Physics.

On the Banks of the Tigris: The Hidden Story of Iraqi Music (ATOM Study Guide)