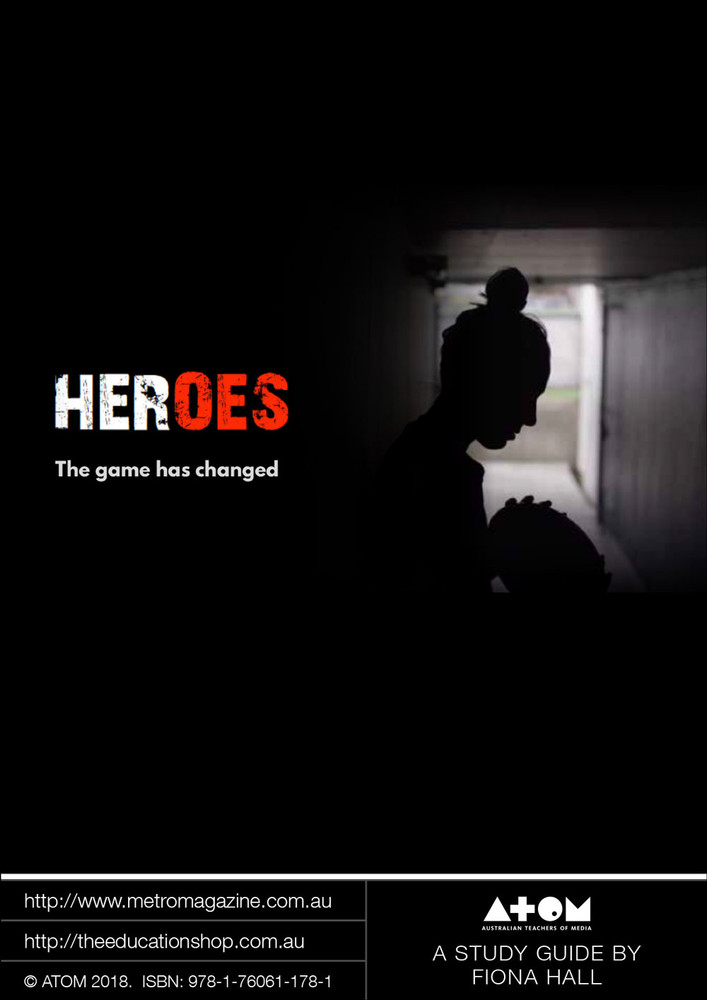 The AFLW pioneers were given just eight weeks to prove to themselves, their club and society that they belong. Showcasing their own style of football, the AFLW players smashed stereotypes and inspired a generation of girls, changing Australian sport and society forever. The AFL Women's competition is at the forefront of an extraordinary transformation that's taking place in Australian sport.  In a short season every win and loss is magnified. On top of their training and match day commitments, the players juggle work or study. It's a very different life to an AFL player.

HEROES is a celebration of the inaugural season from its breathtaking opening night to its dramatic conclusion, showcasing the drama, passion and dedication of Australia's first AFL Women's competition. With exclusive access to the inner sanctum the documentary takes us into the dynamic world of Women's AFL, and introduces the new Heroes of the game.

HEROES can be linked to the following subjects in the Australian National Curriculum:

Relevant Content Descriptions for Health and Physical Education:
Evaluate factors that shape identities and critically analyse how individuals impact the identities of others (ACPPS089)
Plan and evaluate new and creative interventions that promote their own and others' connection to community and natural and built environments (ACPPS097)
Critique behaviours and contextual factors that influence health and wellbeing of diverse communities (ACPPS098)

Relevant Content Descriptions for English:
Compare and evaluate a range of representations of individuals and groups in different historical, social and cultural contexts (ACELT1639)
Create literary texts that reflect an emerging sense of personal style and evaluate the effectiveness of these texts (ACELT1814)
Create literary texts with a sustained 'voice', selecting and adapting appropriate text structures, literary devices, language, auditory and visual structures and features for a specific purpose and intended audience (ACELT1815)
Create imaginative texts that make relevant thematic and intertextual connections with other texts (ACELT1644)
Analyse and evaluate how people, cultures, places, events, objects and concepts are represented in texts, including media texts, through language, structural and/or visual choices (ACELY1749)
Create sustained texts, including texts that combine specific digital or media content, for imaginative, informative, or persuasive purposes that reflect upon challenging and complex issues (ACELY1756)

Relevant Content Descriptions for History (Depth Study - Popular Culture 1945 – Present):
The nature of popular culture in Australia at the end of World War II, including music, film and sport (ACDSEH027)
Continuity and change in beliefs and values that have influenced the Australian way of life (ACDSEH149)