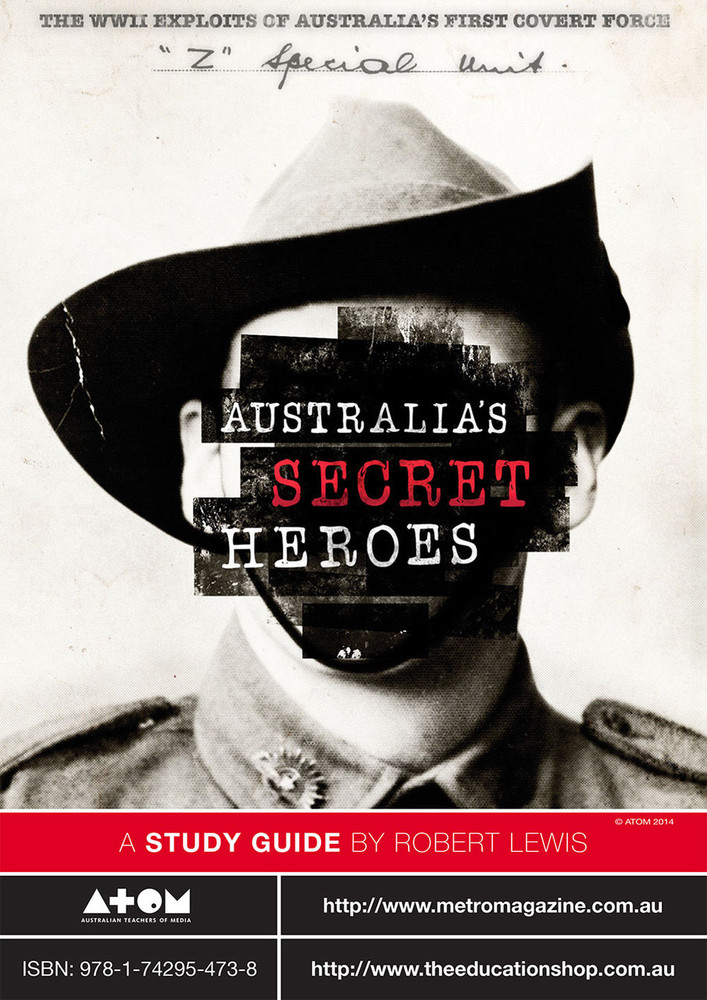 Australia's Secret Heroes tells the story of Z Special Unit, a remarkable group of men who were plucked from the Australian military in World War Two, trained in explosives, camouflage, silent killing and torture – and then sent on incredibly perilous undercover operations in Asia.

At the time of the White Australia policy, the unit actively recruited soldiers of Asian heritage so they could blend in and help train native guerilla resistance movements.

For years, the Z Special operatives were sworn to secrecy. But now the veterans, some speaking publicly for the first time, relive their remarkable wartime exploits.

In a unique 'living history' approach, Australia's Secret Heroes also takes six descendants of the men who did it for real to give them a taste of what their forefathers went through.

Over the course of the series, the modern-day 'recruits' witness torture techniques, and hear firsthand about some of the most ingenious and dangerous covert operations ever undertaken.

In a gripping and emotional journey, we hear from a Z Special veteran who, under torture, gave up information leading to the capture of one of the descendant's forefathers; we experience moving accounts of some of the men's last days before being executed; and we see the use of equipment used by Z Special, including the specially recreated Sleeping Beauty – a James Bond–like one-man motorised submersible canoe.

Then, in the final episode, two of the descendants travel to Borneo to hear firsthand about the involvement of one of their forefathers in headhunting.

Australia's Secret Heroes is an outstanding educational resource to help students develop empathy with the real-life veterans. Once students have explored the experience of the Z Special men, they will be able to understand far more deeply the nature of the war for individual soldiers and nurses, and this will make their study of World War Two much richer, more personal and meaningful.

Australia's Secret Heroes is an excellent resource for use with students in Years 10–12 studying History, Media Arts and English.