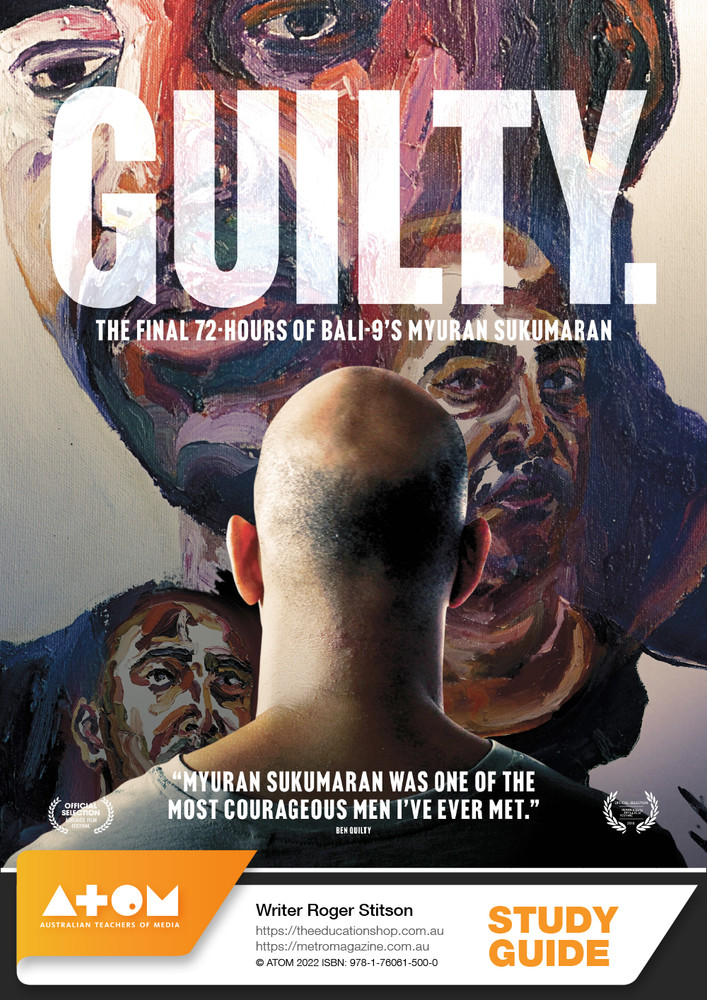 Guilty is a portrayal of the final seventy-two hours in the life of Australian national Myuran Sukumaran, the Bali Nine convicted criminal who became an accomplished artist on death row under the tutorship of artist Ben Quilty, before his death by Indonesian firing squad on Nusakambangan Island, 29 April 2015. Dramatic and archival material takes us into the final seventy-two hours of Myuran's life and the creation of his final paintings. Myuran was executed by firing squad alongside seven other prisoners, including fellow Bali Nine inmate Andrew Chan. As the machinery of death moves Myuran towards his execution; the signing of his own death warrant, saying goodbye to his family, and facing the twelve marksmen who will end his life, contrasts the clinical brutality of capital punishment, with the optimism of Myuran Sukumaran creating his final paintings.

This study guide on Guilty is mainly aimed at secondary school levels 9 to 12, with relevance within the class activities to the Australian Curriculum General Capabilities of:

Guilty is available to stream from The Education Shop here.