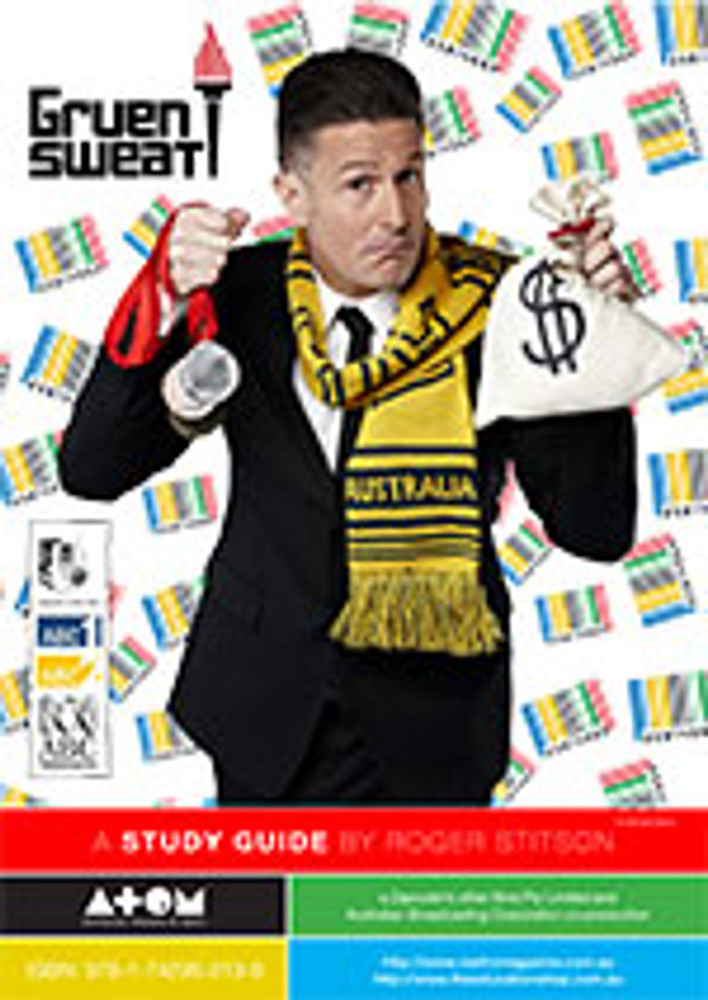 Every four years, the cream of the world's advertisers come together for the greatest marketing event in history – two weeks of elite competition played out while the whole planet looks on. This year it's in London and for the brands taking part, their very presence is a testament to years of dedication and focus, of sweat and toil. What do they want for their efforts? Gold, gold, gold. They want to bring home glory, to pit themselves against the best on the planet, to be worthy of the event's eternal motto:

The team that brought you The Gruen Transfer, Gruen Planet and Gruen Nation – three of the ABC's highest-rating programs – is proud to bring you Gruen Sweat. Host Wil Anderson and regulars Todd Sampson and Russel Howcroft will be joined by guest panelists as they commentate on the brandtathlon better known as London 2012, exposing the marketing machine that underpins, underwrites and overexploits the Olympics.

'Throughout London 2012, the Gruen team will be taking weekly samples of the Olympics to test for traces of bullshit, hype and spin. Any brand that doesn't test positive will be sent home in disgrace,' said Gruen Executive Producer Andrew Denton.