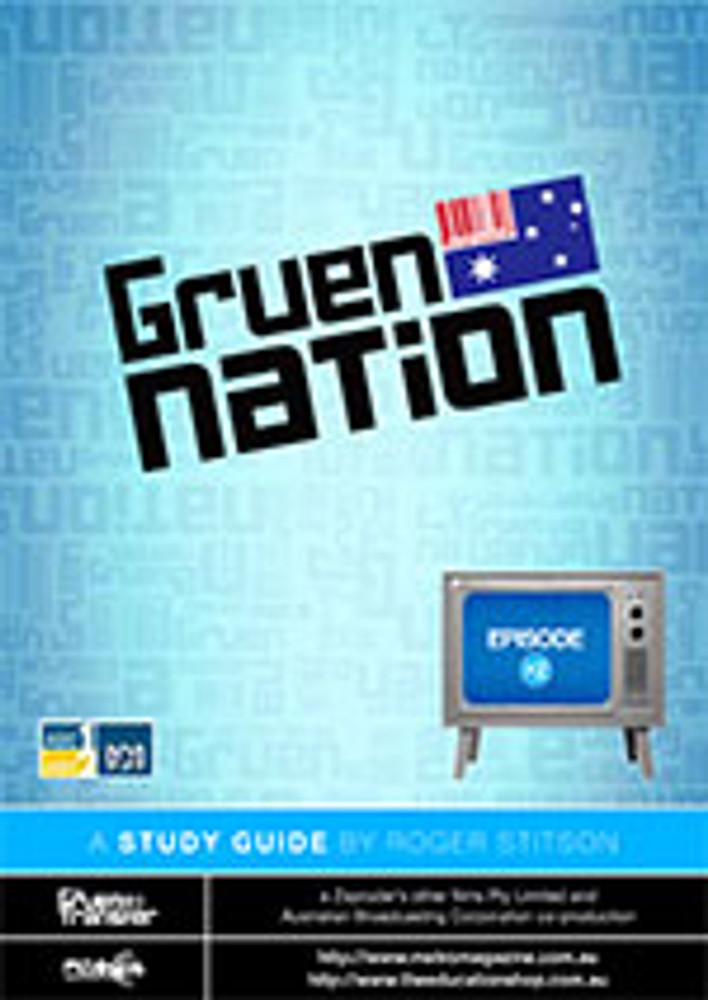 Gruen Nation is a series of election-oriented specials from the makers of the hit show about advertising, The Gruen Transfer.

Hosted by Wil Anderson, and featuring Gruen regulars Todd Sampson and Russel Howcroft, Gruen Nation will run an X-ray over the 2010 federal election, examining not only the advertising but all the other tricks and tactics political parties use to get their messages out.

Joining our advertising gurus is an impressive trio of political insiders and campaign veterans:

Neil Lawrence: the man behind the Kevin07 campaign

The five panellists will dissect each week's events as they unfold.

Whether it is a million dollars spent on an advertising campaign or a hundred dollars spent on a haircut or a tie, Gruen Nation will decode what's going on for the audience and point out the many strategies political parties use to influence voters.

Like its parent show, The Gruen Transfer, Gruen Nation will offer up, and dissect, a feast of messaging brilliance and bunkum – not just from the 2010 Australian federal election, but from down the years and around the world.

This study guide is mainly aimed at middle- and upper-secondary school levels, and may be pertinent to tertiary level, with relevance to English, Media Studies, Politics, Civics and Citizenship, Journalism, Graphics, Ethics and Philosophy, Psychology, Business Studies/Marketing and SOSE/HSIE.

A comparative view of an election ad from Costa Rica in which simple language usage is subverted; a weekly survey of the latest ads from the 2010 campaign, including a second Kevin O'Lemon ad; the proxy campaign – ads by lobby groups; controlled versus free-form electioneering; how to make scary campaign ads; and The Pitch – to make a campaign ad that will 'scare us out of our wits'.

Important topics in this episode include creating a controlled media image in a controllable environment versus being out in the wild, and the techniques and purposes of fear campaigns.