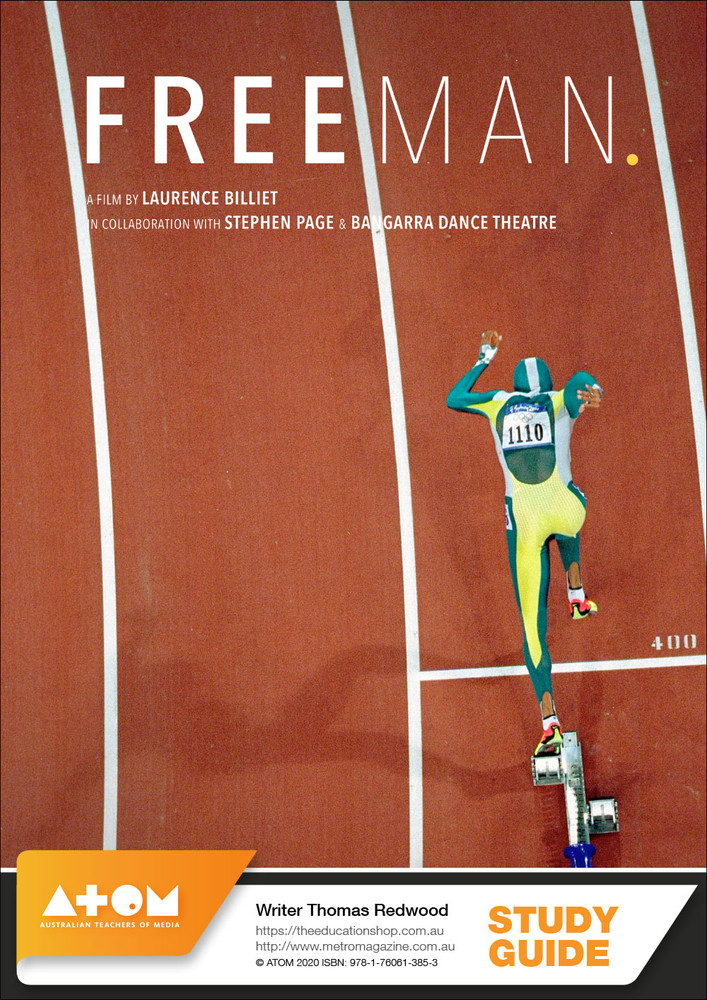 Cathy Freeman's win at the Sydney 2000 Olympics is undoubtedly one of the greatest collective experiences in Australian modern history. Watched by billions of people worldwide, the 400-metre sprint on the evening of September 25 had Australians from Sydney to Arnhem Land glued to the TV.

Twenty years later, Cathy Freeman remains one of Australia's most popular sporting figures, held in tremendous affection by the general public for the role she played in shaping our national identity.

To mark the 20th anniversary of her iconic win, Cathy Freeman shares her full story for the first time.

FREEMAN is a cinematic portrait of the 49 second race that is still etched in our hearts and minds. Drawing on archival footage and a series of intimate conversations with Cathy Freeman, the film takes viewers on a journey through Cathy's remarkable sporting career and the frenzied build-up to September 2000. Cathy's fast-paced climb to the top of the world is mirrored by the rise of a people's movement supporting reconciliation between Indigenous and non-Indigenous Australians as her story becomes the symbol of a much larger struggle for equality.

Cathy Freeman shares her most intimate thoughts, revisiting her past through tableaux of projected images, and reveals what it felt like to be at the centre of such a unique and significant event. Cathy's experience is brought to life by stunning performances from Lillian Banks of Bangarra Dance Theatre, as choreographed by Stephen Page, creating an emotionally-charged insight into Cathy's spirit or mindset as she prepares to compete on the greatest stage on earth. With insights from Freeman's mother, insiders and media commentators, the film gives previously unseen glimpses into a moment of rare intensity.

FREEMAN is the story of the nation coming together around an Indigenous Australian female athlete who delivered when it mattered, on the greatest stage on earth. The film sheds light on one of Australia's proudest moment and explores why, twenty years on, it still means so much to so many of us. In the context of the 'Black Lives Matter' movement, it also poses the timely question: where to now?

FREEMAN can be linked to the following subject areas within the Australian Curriculum. Please note this list is not exhaustive: