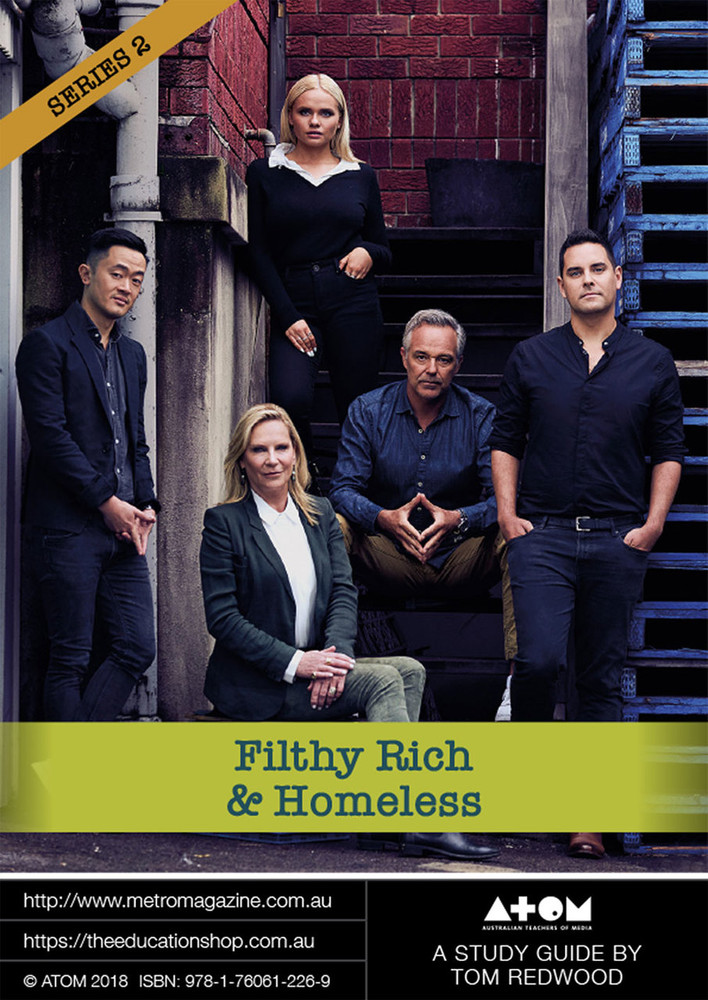 There's a crisis in Australia. And it's getting worse. Latest figures show 116,000 people in Australia have no place to call home. With housing stress increasing every day, homelessness is a frightening possibility for more of us than ever before. For five-high profile Australians it's about to become a terrifying reality. They've all agreed to swap their privileged lifestyles for ten days of being homeless. They're going to find out what it's like to go from having everything to having absolutely nothing.

In this series, you'll witness the shocking story of Australia's homeless crisis through the eyes of five people willing to confront their privilege and face the stark reality of what it would be like to have it all taken away. This is a unique insight into what it's really like to be homeless in Australia.

At the epicentre of this crisis are Sydney and its surrounds.

There are more people experiencing homelessness in Australia's largest city and NSW than anywhere else in the country. Homelessness strikes not only in the heart of our cities but deep into the suburban sprawl and beyond. Increasingly, the new homeless are often young people, families and single older women.

Meanwhile, attitudes in Australia towards the homeless are still hardened. Surveys have shown that one in two Australians think people experiencing homelessness are to blame for their situation. With the gap between the haves and the have-nots ever widening, we take high-profile Australians away from their everyday lives, and for ten days immerse them into the world of homelessness. From sleeping rough on the streets, to living in emergency accommodation, to moving into temporary accommodation, the group discovers what it's like to go from having everything to not knowing where they'll be staying from one night to the next. Family breakdown, alcohol and drug addiction, mental illness, the struggle to access services – all are explored.

Each issue is tackled through immersive scenarios. The five are forced to deal head-on with this crisis that grips a nation. Guiding them on this journey are series presenter Indira Naidoo and homelessness expert, Dr Catherine Robinson. Along their journey, the five participants meet those who face homelessness every day. All have a story to tell. All confront the five participants' preconceptions and ignorance. By the journey's end, views have been changed, compassion and understanding deepened. And not just for the five participants.

This high-impact television event and online campaign will challenge the audience, the general public and, crucially, the policymakers and power brokers. Will those with the means to do so take responsibility for this epidemic once and for all?

Due to its content and themes, Filthy Rich and Homeless is appropriate for grades 9 and up. It correlates directly with the following subjects and content descriptors: