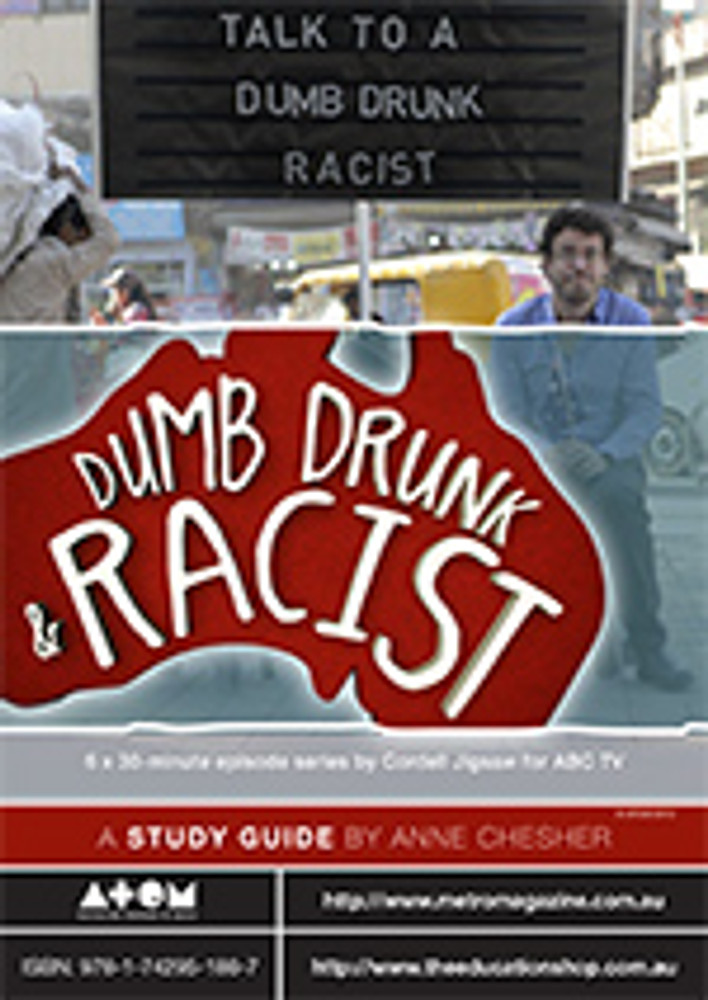 Part social experiment, part road trip and part character study, Dumb, Drunk & Racist puts Australia and its people under the microscope by testing foreign preconceptions of Australian stereotypes, culture and identity. The series exposes a number of confronting topics such as our racism, alcoholism, poverty and social injustice, and looks at multiculturalism, same-sex marriage and the role the media play in reporting this across the globe. Dumb, Drunk & Racist takes the audience on a journey from India to Australia with four Indians. Through their eyes, we're able to look at ourselves and discuss whether Australians really are racist, drunk and stupid. It is an insight into how other cultures perceive us and how we perceive ourselves.