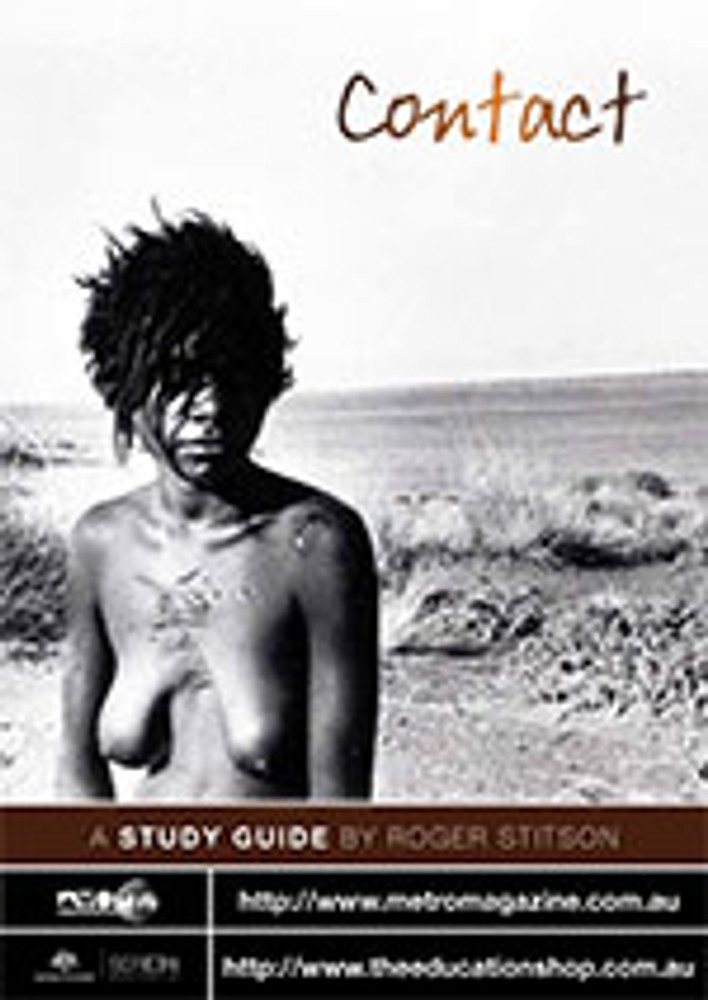 In 1964, Yuwali was seventeen when her first contact with whitefellas was filmed. Now sixty-two, she tells the story behind this extraordinary footage.

Contact is constructed around one of the most compelling pieces of footage in Australian history: the moment in 1964 when a group of Martu women and children walk out from their nomadic existence of millennia in the Western Desert into a new universe – modern Australia. Remarkably, participants from both the Aboriginal and European sides are alive to tell their story.

The film centres on Yuwali, the beautiful seventeen-year–old girl we see making that giant leap on 24 September 1964. Now sixty-two, vibrant and with a gorgeous infectious laugh, Yuwali still remembers life before contact, when her tribe flourished in one of the most hostile environments on the planet.

29 May 1964 was the date Australian and European Scientists predicted the Blue Streak rocket they were testing would break up upon re-entry into the earth's atmosphere and plummet into the Percival Lakes area, Yuwali's home. The authorities needed to make contact with anyone who might be living there and evacuate them.

The days counting down to blast off drive the narrative of the film. Day by day Yuwali, back at the Lakes, gives a riveting account as she and the nineteen others in her group are chased hundreds of kilometres around the desert trying to escape the 'devilmen' in the 'rocks that move' (four wheel drives). It's extremely rare to hear such an articulate and perceptive first-hand account of life before contact and the shock and fear of seeing cars, planes and whitefellas for the first time. Yuwali tells us of the discussions among her family and kin about how to respond to these terrifying new experiences.

One of the more contentious elements of the story is the decision to take the twenty Martu from their desert home into Jigalong Mission after contact. The man who made that decision is Terry Long, a Native Welfare Officer for the Western Australian Government. He provides the other narrative spine to Contact by revealing the mindset of the whites involved in the patrol, the story behind the Blue Streak rocket program and explaining why he made the decision to take the isolated group from their ancestral home.

Yuwali has lived through contact, missions, remote settlements, Native Title and desperate efforts to hold on to language and culture. In effect, she represents a microcosm of the Aboriginal experience since settlement in 1788. In many ways, Contact is not only a story about the past. It holds up a mirror to contemporary society.

Contact is based on a book Cleared Out by Sue Davenport, Peter Johnson and Yuwali. It contains much more detail about the story and associated elements (Rocket program and pre-contact life of the Martu). It is accessibly written and well researched and would be an ideal primary research tool.