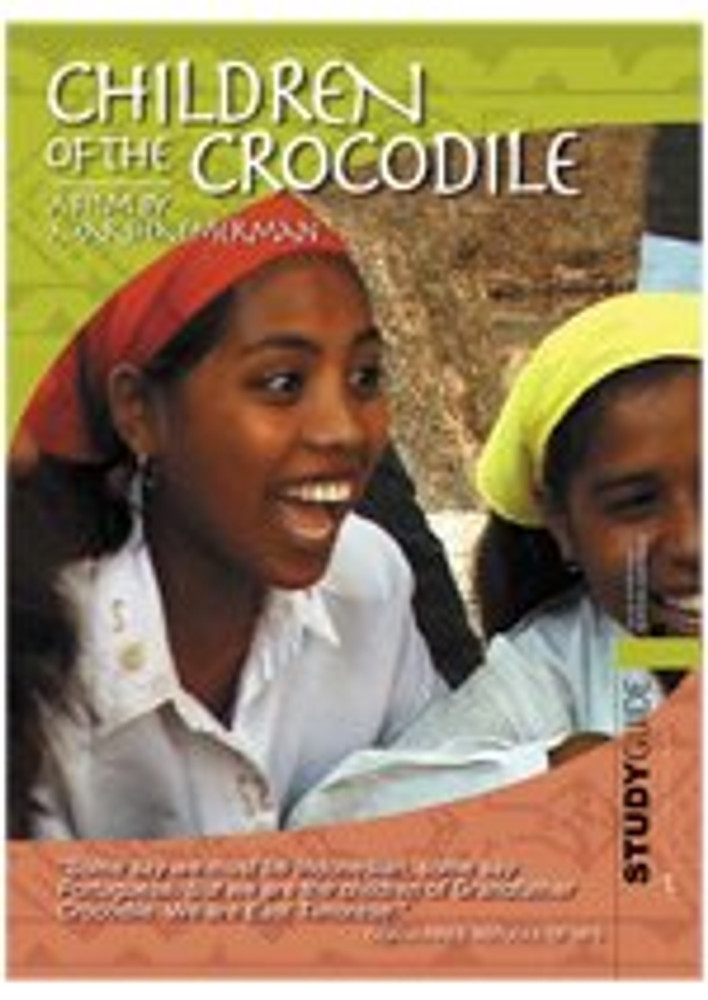 Children of the Crocodile celebrates East Timor's independence through the story of two young Timorese-Australian women. The film explores identity, cross cultural issues and the struggle to make a difference to East Timor.

Cidalia Pires and Elizabeth Exposto were babies when their families fled East Timor in 1975 and came to Australia. Home movies, photos, and TV footage show the families' escape from East Timor and their early life in Australia against the backdrop of events occurring in their homeland.

Through Cidalia and Elizabeth's voices, their commitment to East Timor unfolds. Viewers discover Cidalia's passion for music and theatre, Elizabeth's devotion to human rights and justice, and the strength of their community and culture.

The story of Cidalia and Elizabeth parallels key turning points in the history of East Timor - from the Indonesian invasion in 1975, to voting for independence in 1999 and the destruction which followed, and finally to the birth of a new nation.

East Timor's independence fulfills their lifelong dream, but it also brings difficult choices. Elizabeth decides to move to East Timor and work as a liaison officer for the United Nations, a job she finds challenging and stressful. Cidalia chooses to stay in Australia, but she also travels to East Timor to record traditional music and dance.

Children of the Crocodile chronicles the personal journeys of these young women over a two year period. It's a universal story of struggle, commitment, family, and the strength of a culture which has given birth to the world's newest nation.

Children of the Crocodile is an excellent resource for middle to senior secondary school and tertiary students. It is particularly relevant to classes in History and Geography
Studies of Asia, Studies of Society and Environment, Political Studies, International Studies, English and Media Studies.

East Timor's struggle for independence is the central theme, however other themes including personal identity, cross cultural issues, family bonds and commitment are also explored. The film covers historical, socio-cultural, political and geographical perspectives and highlights contemporary issues of nation making. It identifies and visualises the links between Australia and East Timor, through the lives of Cidalia and Elizabeth.

Children in the Pictures, The (ATOM Study Guide)