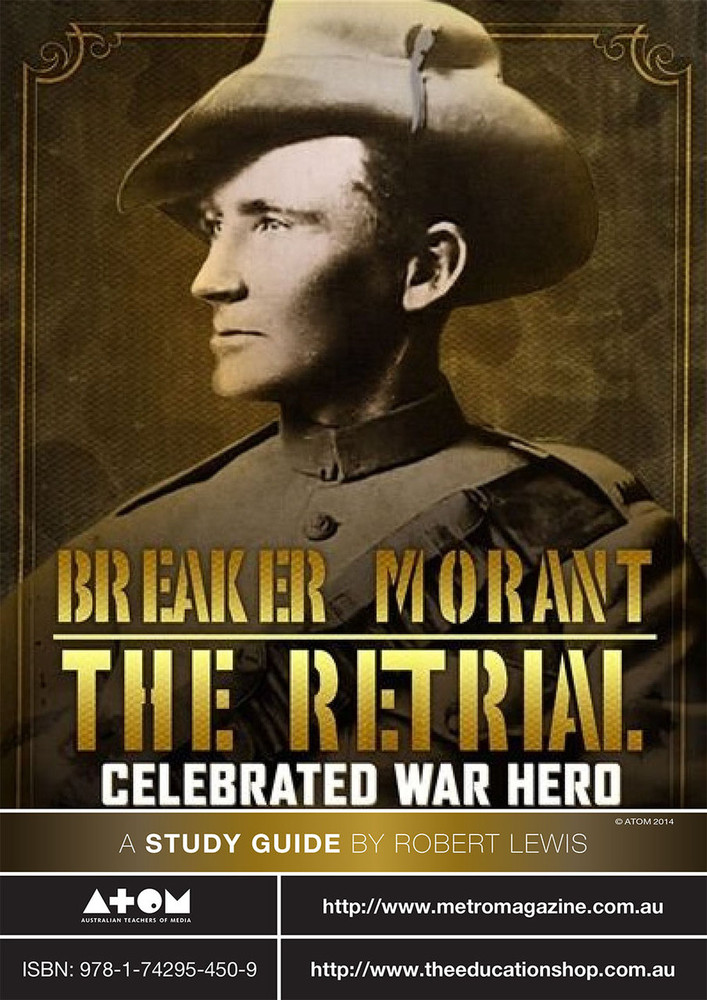 In 1902, two Australian soldiers were arrested for killing prisoners, held in prison, allowed access to a lawyer to prepare their defense only one day before the trial started, denied access to a key witness during the trial, found guilty and sentenced to death. They were executed one day after they were told they had been found guilty.

Could this be a fair trial? Should an injustice be righted even after more than 100 years?

The two soldiers who were treated this way were Lt Harry 'Breaker' Morant and Lt Peter Handcock.

Breaker Morant: The Retrial exposes the heartless cruelty and criminal behaviour that was at the heart of British military strategy and also throws a light into the darker corners of modern warfare.

Breaker Morant: The Retrial is a resource that can be used by middle and upper secondary students studying History, Legal Studies and Film Studies.